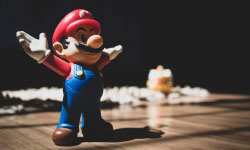 Few characters have survived so many generations of video game consoles. Sonic failed to maintain his popularity after the turn of the new millennium, Driver's Tanner faded into insignificance, and even James Bond games were unable to maintain their momentum after GoldenEye 007 for the Nintendo 64.

One character has managed to stand the test of time though, Super Mario. The Italian plumber started his gaming career as "Jumpman" in a 1981 Donkey Kong arcade game before being promoted to his own title Mario Bros, a 2D side-scrolling platform game for arcade machines.

Since then, Mario has appeared on every single console released by Nintendo, as well as a host of others thanks to some questionable licensing agreements. He's even made cameo appearances in other games too, including Mike Tyson's Punch-Out!, where Mario plays the role of referee and in several Zelda games where he's depicted in statues and paintings.

Of all of Mario's appearances, there have been some standout games.

In Super Mario 64, Mario entered the 3D world for the first time. While other Mario games had been iterative improvements on their predecessors, this game changed everything. It brought an open-world element, adding side missions to the main obstacle courses.

As well as being able to run and jump, Super Mario 64 added crouching, crawling, climbing, kicking and punching to Mario's abilities, making the game a lot more intricate than previous titles.

The game was ported to the Nintendo DS and the Wii U, with a planned Switch version in the works.

New Super Mario Bros brought all of the best parts of classic 2D platform games to the dual screens of the Nintendo DS. It brought glorious new graphics, several new features and the return of some enemies like Boos.?

Three new powerups: the Mega Mushroom, which lets Mario become a giant that can destroy everything on-screen; the Blue Koopa Shell that allows Mario to climb inside a shell for both defensive and offensive purposes; and the Mini-Mushroom, which makes Mario tiny.

As well as the classic platform levels included in the game, New Super Mario Bros for DS includes a large selection of mini-games. This includes Snowball Slalom, a game where you roll a snowball down a hill, avoiding rocks and penguins to try and get the best time; and Picture Poker, a game played against Luigi that has many similarities to the mechanics of five-card draw. 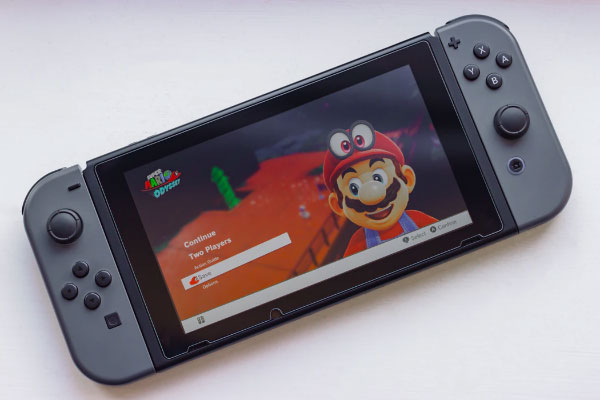 One of the most recent releases featuring the plumber, Super Mario Odyssey for Nintendo Switch builds on the open-world concept to a whole new level. While titles like New Super Mario Bros were casual games designed to appeal to a broader audience, Super Mario Odyssey is aimed well and truly at hardcore fans.

It maintains the platform element of most other Mario games, but adds new elements like Cappy, that Mario can use to temporarily take the form of other objects or characters..

The GameBoy was a pioneer of handheld gaming. Despite having only a dot matrix screen that produced monochrome graphics, the GameBoy saw some incredible games released. One of these was Super Mario Land 2: 6 Golden Coins.

It was a sequel to Super Mario Land but added many new features, including a selection of different zones. These zones feature several levels, with a boss level at the end. Completing the boss level earns Mario a golden coin. Players have the freedom to choose which zones they complete first, but if they lose all of their lives, the coins are lost.

Super Mario Land 2 brought a fully-fledged Mario game to a tiny device, proving that the GameBoy was a real console capable of playing full titles, albeit without colour. While not a very long game, it was significantly bigger than its predecessor, making it fun for players of all abilities.