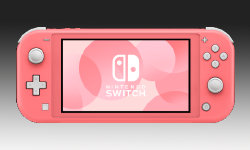 Nintendo Switch has been offering up excitement in various forms with its plethora of games. Regardless, this is by no means an exhaustive list of the essential games on the console. The aforementioned games are ranked in no particular order.?

This is purely based on personal preference. The list contains three essential games that every Nintendo Switch enthusiast should get their hands on.

The Legend of Zelda: Breath of the Wild

This game is a hit and this is no surprise as every game that has emerged from the Zelda franchise has been a smashing hit. The announcement that the game was coming to the Switch console was met with wild celebrations from Switch fans, and this wasn't a surprise.

This game is easily a masterpiece and offers gamers a whole new world of exploration that triggers an adrenaline burst amongst gamers when they are playing. The game offers some interesting puzzles that will put the skills of gamers to test with each task having multiple outcomes that rely on the gamer's skillset.

The Legend of Zelda: Breath of the Wild gives you access to a variety of scenarios and possibilities. It can be recalled that it was announced as the best game in 2017 and there are reports that work on an amazing sequel is being done and anticipated. Get your hands on this game and derive endless excitement.

Super Smash Bros, Ultimate is a need for every Nintendo Switch enthusiast and it's nothing short of a taboo if you don't currently have it. It comes with more than 70 characters and features at least one popular IP from every Nintendo brand that has ever been launched.

The massive brawl can include the likes of Zelda, Ryu, Sonic, Link, Yoshi, Duck Hunt Duo, Pac-Man, Mario, Donkey Kong, amongst others. Amazing, isn't it? Well, you could also enjoy amazing features at a reputable online casino where lots of fantastic games and mouthwatering bonuses are on offer and win big in the process.

The characters in the game can be transported to different stages in the course of the fight as they struggle to avoid finishing moves, Pokeballs, and bananas that fly around them. Gamers will also derive pleasure from customization as there are more than 1000 options for this.

Meanwhile, the game can also be played solo regardless of its multiplayer feature which catches the eye and will have you yearning for more crazy fighting displays.

This is an ideal game for fans of the racing genre who want to enjoy that burst of adrenaline whilst playing. This game continues to appeal to fans globally and for the right reasons as it continues to meet several requirements.

Although the game has the legendary and prestigious Super Mario as the central character, it comes with amazing tracks, unexpected fun moments, upgrades for carts, and major destructive power upgrades. With this game, you don't just know what to expect at the next turn and this unpredictability is golden.

Every cart and character have their characteristics and this requires that the gamer must adopt strategic planning on which option to choose with regards to acceleration, grip, and speed. The gaming excitement goes steps further by allowing you to connect your friends, set up a multiplayer game, and see the action unfold.

Gamers who have played this game over and over have offered a piece of advice. It's unarguable that the game is interesting on Nintendo Switch, but they've advised that trying it out on a big flat-screen TV will offer you a worthwhile experience as the visuals will become clearer. Regardless, the game is a must-have for Nintendo Switch enthusiasts.

Do well to get these three essential games that arguably tick all boxes and enjoy your adrenaline burst whilst playing them.