About me: I'm a lovely British person who absolutely adores games. I mainly have Nintendo consoles, so expect me to stick around here for a little longer as I review more games, mainly for WiiU and 3DS. 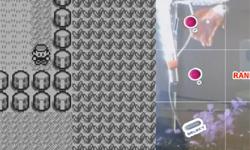 I'm excited as well Zach! And thanks Rob, expect more to come!

This progresses faster than the Pokemon one. AG.AQUARIUS is kicking some ass!

Hahaha! Hopefully feeding him will make him move faster.

I wonder if Grayson would ever exit the game? How long do you think it will take for him to complete the game, Rob?

on An Interview with the developers of The Letter later today...

Thank you Gwyn, that link is brilliant too! Though I do like the surprising element when you create a combo you're not aware of.

on Nintendo Unwilling to Release Games on iPhone or Android...

Even though it would be very profitable for Nintendo to release some of their games on mobile devices, I think their main focus is to try and offload more consoles (mainly the WiiU) therefore there are more ways of profit. The WiiU sales need to pick up as so far and sadly it is a financial flop.

They should have named it Crappy Bird

Punch your way out your nearest game store

I'd prefer to play with barbed wire

Open the door and draw your sword, everybody hunt the dinosaur

It's a high score galore!

Destroy the animal kingdom with your trusty stylus!

Now we need David Attenborough to narrate over this

You need friends for this one