Newcomers should lap this up.

Animal Crossing had a winning formula, when it arrived to the UK in 2004 on the gamecube, it was not the most famed game. Almost 5 years have passed and almost every person who owns a Wii will own City Folk, that is now common fact. The recently released adverts (national UK television) and its massive appeal to newcomers is really not surprising.

As for veterans of Animal Crossing, you have seen this before. It's the same song and dance. Although it WAS an innovative idea back in 2004, or even in 2006 when they released Wild World for the DS, it has now grown tired. 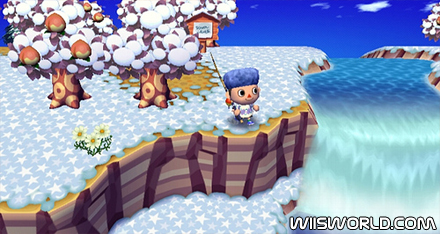 Yes, the addition of the city and a few minor changes have added polish, if I could say, to the title, but really, they have overused a great formula. I guess fanatics will relish the chance to decorate a house, catch great numbers of fish and bugs and bank millions of so called bells (Animal Crossing currency).

Now, have you never played animal crossing before? That's good, because if you have not, this is essentially a great purchase. Let me elaborate about the whole gameplay idea. You are a boy/girl who is moving into a new town that you can sensibly (or in most cases, crudely) name. Then you can socialize with your local animals, pay off your debt for your house, given to you by a sociopathic raccoon and basically make your town more appealing to live in.

If you like what you hear, take it, but if you're one of veterans of animal crossing, it's not really worth your interest. The good news is that Nintendo probably will not remake this same game ONCE AGAIN, but for one last time, it's the same bad, yet charming, graphics and its irritating "tinky and mind numbing" (while the K.K. Slider tunes are great) tunes. It really depends if you're a newcomer to the series.