Published by Atari, Developed by Spike

This game is one of my favorite for the Wii. You start of with the usual bunch of characters. Goku, Gohan, Krillen, Piccolo, Tien, Yamach and I think Chazou (not sure if that's how it's spelled).

It didn't take me and my friend long to get a hold of the game. A is your melee attack and the B trigger is ki. The Z trigger powers your character up and you thrust the nunchuck forward to dash while holding Z. If your ki is built up and you held Z and B you can move the controllers varying from haracter to character. 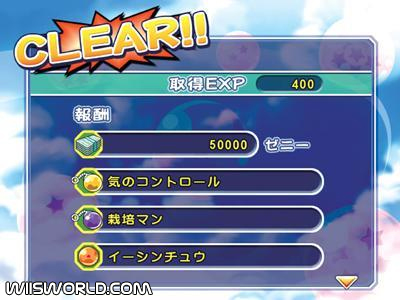 For Goku, you all should know that you pull back and push forward to unleash a kamehameha wave, and for Piccolo's Special beam cannon you raise the wiimote to your forehead and thrust forward. One thing I don't like about it is that there is a cursor on the screen that HAS to be there whenever you use a ki attack (it's easy to keep on AFTER you get used to the game).

The sagas are all there. Every one of them. In order. I was happy to see that because they neglected some of my favorite characters like garlic jr. But I didn't even expect to see Turless, I mean wow.

The game is more than 60 hours long, which will make for a great time burner. I think that is pretty impressive. As you go along though, the battles get extremely hard. Like at the end of the first saga it gets very challenging. Don't even ask me about frieza.

So if you're looking for a good fighter and something you could pick up and play, this is the game for you..