I actually pre-ordered this game and picked it up on the release date. I had always dreamed of having a game that lets you explore the ocean, but the story goes back further than that.

I've always been obsessed with nautical things - that is, things that are underwater. I have this strange fear and fascination of the weird and creepy creatures down there. I'm a good swimmer in real life, but I have never been able to swim without someone else being in the water. And to be honest with you, I don't like being in the water with things bigger than me - At the same time, I do, and I don't know why. 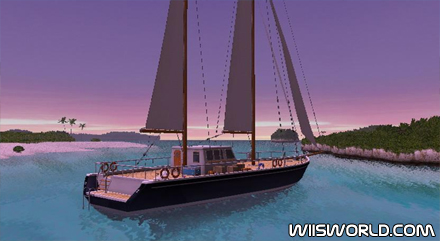 Enough back story - I used that to aid me in how you might react to this game. If you have an obsession with oceans, boats, sea creatures, etc you will absolutely love this game. And to be frank, I find it difficult to understand how anyone couldn't enjoy this game. If you're expecting violence though, you're in the wrong place.

Does that mean that this game is 'sissified'? Some people will think that. The truth is, as relaxing as the game is, there have been moments when this game has scared the crap out of me. Although the creatures won't hurt you, you will encounter big freaky-looking sea animals and you will think to yourself "I am so happy I'm not actually swimming with that thing". Also, there's this place called 'the Abyss', and you have to go down there and explore to progress any further in the game - yes, you unlock all kinds of cool things and you actually progress through this story with the cute little lady on the boat who can't swim.

Will you find out why she doesn't swim? 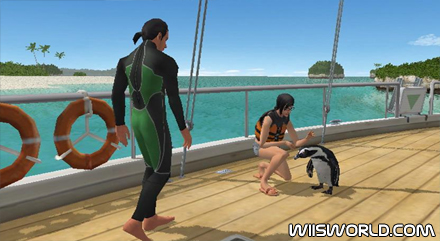 But is Endless Ocean actually a game? I think so. You get ratings on how well you dive with other partners and take photos. You get new clothes, hair, equipment, etc for spelunkering and finding rare objects as well. It's a game - but it's not a violent one, so the possibility of death is defenestrated properly.

Now, let's get to the technical aspects - The game is beautiful, the music is great (Hayley Westenra or your own MP3s via SD card), the control is tight and pretty much perfect. I haven't tried online diving, but I've heard that it works well from other people's reviews. The graphics - They're detailed to the point that you will often find yourself in the player's shoes just by looking around. I suppose that since exploring and viewing the ocean is so important, the developers couldn't slack off here.

Oh yeah, you get to play with dolphins too. Sissified? Sort of, but you can always play Mortal Kombat or something else afterward to make you feel macho again.