The far cry series is well known for its great graphics but it's a different story on the wii. The graphics are all blocky and horrible plus things come out of nowhere. Like I was walking along the path then suddenly a building appeared in front of me. 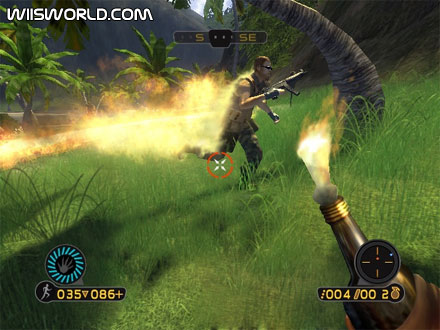 There isn't much to say about the sound really. There is not much music in the game. Music is played mainly on parts like a chase or a fight. 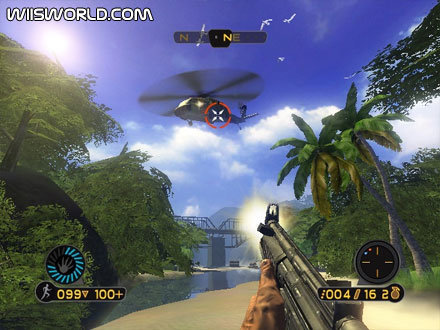 The lifespan of the game is fairly long. It should keep you going for about a month.

The controls on far cry are fairly similar to red steel, except here to jump you have to flick the nunchuk up which feels weird. The enemies sometimes say stupid comments. Example. I was stood 2 metres in front of an enemy pointing my gun in his face and he turns around and says "I think I heard something". How stupid is that.

Overall I was disappointed with it, but it's still a fairly playable game.