Medal of honour just got better.

Review written by
i need a wii...eww 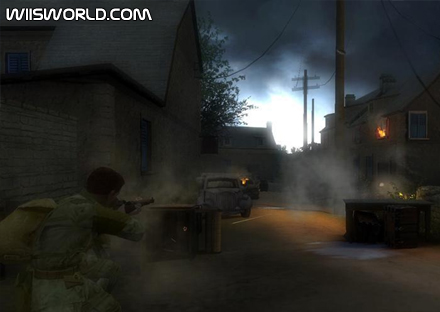 The gameplay is good but needs some improvements, the first thing you will find is that you start every mission on a plane and parachute out and hold the wiimote and nunchuk as if it was your parachute lines. Obviously you point at the screen to shoot, but I've recently found a sniper rifle on this game, and found that you can zoom by twisting the nunchuk, just like an actual sniper gun, unlike SOME titles where you stretch your arm out to zoom. But it needs improvements, to throw a grenade you simply hold down B... erm hello? Why not use the nunchuk as if we were going to throw it?

The lifespan isn't great, but you can have a lot of fun with this if you like fps and WWII games. People that don't like them, will probably get 2 weeks of fun out of it. 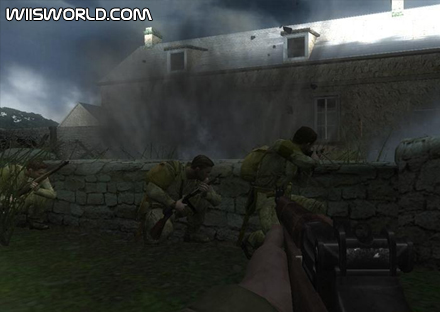 The graphics aren't too special either, just looks like a simple ps2 game to be honest, but the graphics are good enough for you to actually see what's going on.

The sound is just amazing. Your team yells all the information you need to know, including when your enemy is reloading, and that it's the best time to run. Also you can hear the music get more dramatic the closer you are to dying, and you can even hear the ringing in your players ears when you've been near an explosion!

So overall, this is a good game, but with little improvements needed. If you really like fps and/or WWII games, you'll love this. Myself, I'm not a big fan of either, but I certainly like this game.