Published by Nintendo, Developed by Retro

Easily one of the best collections out there.

Now, if you take 3 of the greatest games in history and put them on one disc with revamped controls and better graphics, you know you got yourself one of the best collections out there.

Metroid Prime Trilogy is exactly that, because not only does this game put all 3 Metroid Prime games on one disc, it revamps the controls for the first two. 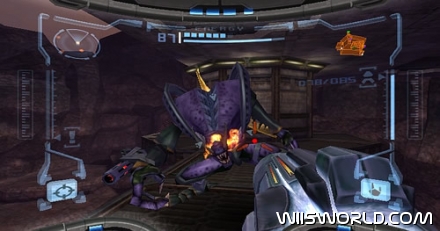 Now the gameplay, do I have to say much? Well, the gameplay is pretty much the same. They added AWESOME Wii controls, so say goodbye to clunky pad controls and hello freedom! Also the difficulty in Prime 2 has decreased so you don't have to pull out your hair for bosses like the Boost Guardian.

For the most part, the graphics are the same. Though they added full bloom light in Prime 1 and 2. The replay value is HUGE. There are tons of extras that you can unlock like the Fusion Suit and concept art.

I HIGHLY recommend this to Wii owners.