Published by Codemasters, Developed by Climax

You are the Overlord, cause MAYHEM!

Combine an RPG like "Fable" with a strategy game like "Pikmin", throw in some mild humor and an evil twist and you get Overlord: Dark Legend. 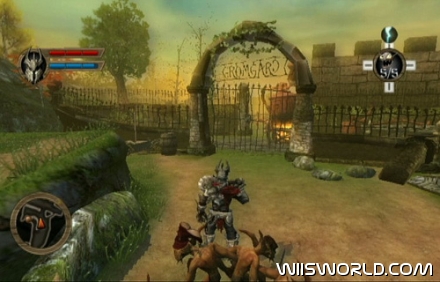 You play as the young lord Gromgard, youngest child of the duke, ruler of Greenvale. But due to certain events, the duke leaves to find fortune for his family, and the young lords siblings leave to dwell among among the elves and dwarfs. Leaving the castle and the land to the young lord. Then after a few other events the lord discovers that he is actually the descendant of the black baron who was the previous Overlord. He finds the barons Armour and becomes the new overlord and sets out to restore the former glory of his kingdom. 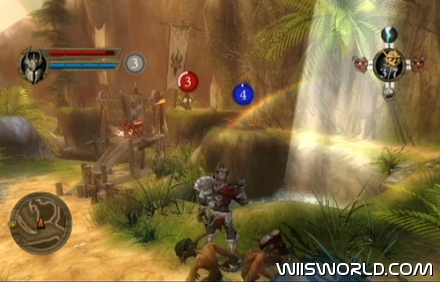 As for the minions, the style if very similar to the Wii port of Pikmin, just point with the remote, use B to send/attack and A to recall. You can also use control pad left/right to cycle through minion types.

Playing through the game is very straightforward with a map to help along the way to show you where to go. Most of the game you are either using the minions to attack and enemy or using minions to move obstacles/ turn levers. Overall the game is very easy, all some one has to do is stay back and send there minions in to do all the work. But it is also very fun watching all of the destruction that all you minions leave in there wake. 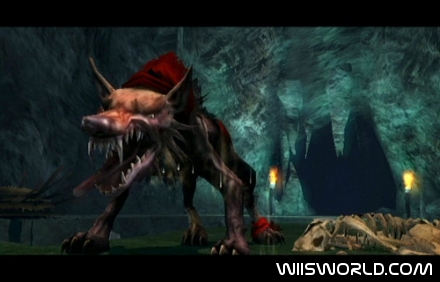 There is a large variety of enemies that you will face, from halflings, to dwarfs, to moving plants. However one thing I've noticed is that once and area is cleared of enemies, its cleared for the rest of the game. Maybe im to used to other RPGs where the enemies respawn after you leave the area but this makes the game move way too fast.

The game map is very big, but it is made smaller by the fact that there are so many warp points all around. 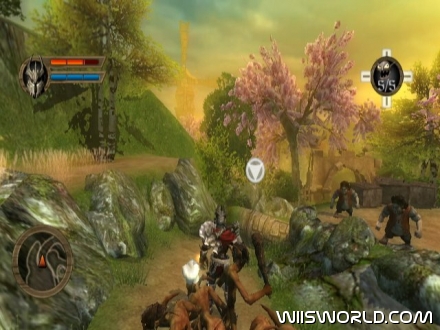 The biggest problem with this game though is how short it is. Overall it took me 12 hours to beat the game and that's including the few side quests that you get and getting all the spells/ relics for power ups.

Graphics are good like most games. A sheep looks like a sheep and the landscapes look like they go on forever( though they dont). Nothing special about the graphics(but also nothing bad). 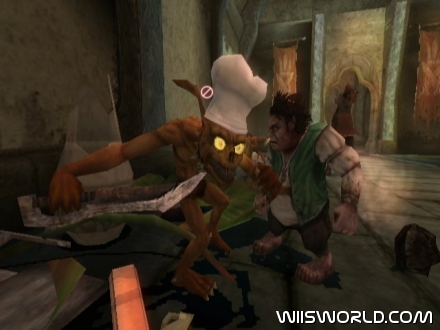 Music is nice to listen to in some places and relay sets the mood of the scenery (woods are scary). Also the sounds of the minions is a nice touch. 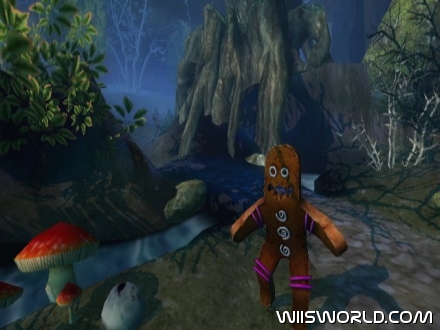 I enjoyed the game, I just wish there was more to it. Even if it was the addition of a few more side quests that didn't take me 5 minutes to complete. Not one of the best 3rd party games for the Wii, but one that Wii owners who don't have a 360 or ps3 should consider trying out.