Does battle revolution live up to the hype?

I am sure you have all heard of Pokemon before (who hasn't). So does one of the newest Pokemon games live up to the legend? In a word, yes. This game can be considered to be a sequel to the N64 Pokemon battle game (can't remember what it is called, I don't have an N64, sorry). In battle revolution, you battle your way through several battle arenas called "Colosseums". Some of these colosseums have certain battle rules, but more on that later.

Now the gameplay is fairly straightforward. If you have played Pokemon games before, you already know the basics, if you don't, here is a very brief primer. Pokemon battle each other to be the last one standing, health is measured in HP (Hit Points), moves draw power from PP (Power Points). Use moves that your opponent's Pokemon are weak to, (too complicated for this review, check out the battle tutorials in the game for a complete list and details), KO all of your opponents Pokemon, and you win. 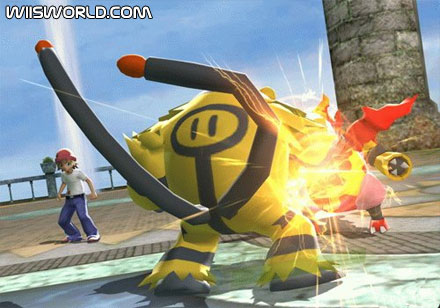 Passes are used to identify your Pokemon in the game. The Trainers that you see on-screen can be customized in any way you want, from what they say, to what they wear. In battle revolution, the most opponents you will face is seven (six regular trainers, and a final battle against the Colosseum master, if you beat the Colosseum master, you will clear the Colosseum). One of the few things that irk me about this game is the fact that you are not allowed to use items other than the items your Pokemon are holding before the battle starts.

After clearing a Colosseum, you are given Pok'e coupons, which are used to buy gear and other items from the shop. The shop is the place to go when you want to get more looks for your trainers. Definitely one of the hardest Colosseums is Neon Colosseum, at Neon, all Pokemon are placed on a roulette wheel and the Pokemon are chosen randomly, (Although there is a trick to get the Pokemon you want). An announcer provides play-by-play commentary through the game, and even in VS battles against friends (yes there is a multiplayer option, you can even battle over WiFi connection!). In the final Colosseum, familiar faces will be waiting for a rematch.

The controls are very simple, even if you have never picked up a wii game before, all you do (Using the default control setting) is point the wii remote at the option you want and press the A button, press B button to go back, (you can also use the D Pad to move around the menus). That's about it, simple huh? 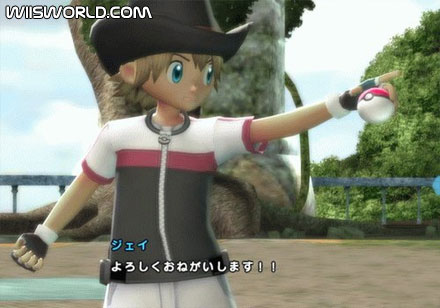 The picture for this game is amazing! All the artwork is beautifully done, it is very easy to tell one Pokemon from another. You can see the attacks launch and hit, and there is that oh so satisfying feeling when you see an opposing Pokemon faint. The backgrounds and the floors are perfectly drawn.

The Pokemon do make some sounds (although not much). The only "person" that actually talks is the in-match announcer, but the sounds that you do hear are very well done.

So if you beat the final Colosseum are you done? Not by a long shot. Most of the Colosseums just have new level rules, but some completely change their battle formats, and rules! Beating all of the Colosseums a second time, while playing with the new rules unlocks a whole stack of new gear at the shop. You can obtain the Colosseum leader's outfits as well! For someone who has played Pokemon games for a long time you are probably looking at about 10 hours for the main story, longer if you are new.

Got a DS and Pokemon Diamond or Pearl? If you do you can copy your Pokemon from your DS game and use them in Battle revolution! If you don't have a DS, don't worry, there are rental passes that you can use instead.

So in conclusion, if you like Pokemon and you have a Wii, grab this game and maybe a snack, and get going!