It's even better than what they've told you.

I anticipated the release of Super Mario Galaxy with relatively high expectations, and when I played this game for just an hour's time, those expectations were eclipsed like a fire hydrant next to the Empire State Building.

I buy every Mario platform game regardless of the reviews and hype it receives, but I can confidently state that this is a game every action and/or platform fan should play as soon as they have the chance. It's been years since a game had the draw to wake me up an hour early just to play the game before I go to work, and I bet you will feel the same way. 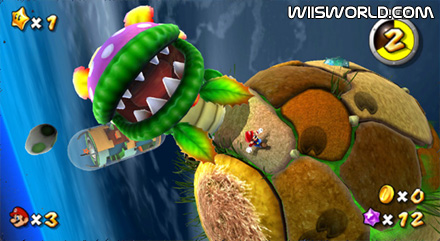 As most people will agree, the gameplay is the most important aspect of a video game - regardless of that being true or not, this game delivers it in droves. Not only is the gameplay solid and diverse, it's difficulty is varied so that even a beginner can win. Yet, if you claim to be "hardcore", this game will gladly challenge your title as a "hardcore" gamer.

Of course, your other half, little brother, or best friend will be begging for attention - This game takes care of that problem with its co-star mode (make sure you have a second controller). Not only is co-star mode a nice addition, you may actually be begging for the extra help in many situations. If there is a boss shooting projectiles towards you, yet it's too much to handle when you're simply trying to keep from falling into a black hole, player 2's pointing and shooting abilities will come in handy.

Mario's punch and kick have been replaced by a spin attack, and in a spherical world with opponents marching from all angles, you will be happy about this. That doesn't mean you can't kick them twenty feet after you spin attack them, because you can. You can still jump on their heads and squash them flat if you wish. Even the long jump from Super Mario 64 is back. 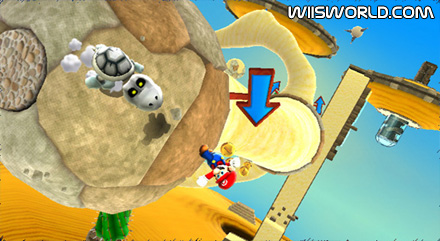 There are many different power ups as well, but I'm not going to spoil them for you. I will say that they are implemented effectively with the game's design - The levels are built around the power-ups, not the other way around.

This game will keep you busy for hours on end. Even after you collect all of the stars, you will have plenty of action in front of you. You will also want to replay stages and scenarios you have already completed.

The graphics and sound are superb. When comparing Galaxy to Super Mario Sunshine, the difference is great. Technical details do not matter - your eyes will like it. The music is an even stronger point. First of all, it's mostly orchestral and often something you would expect to hear in a space opera. The themes, old and new, fit in with the situations, and can evoke strong emotions. There's also some love for Super Mario Bros 3's soundtrack, which has been an under-represented jewel until now. 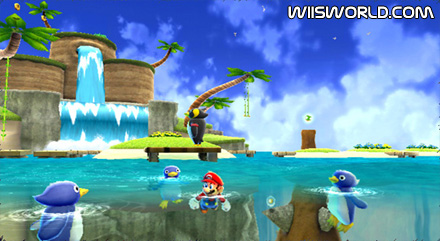 The difficulty, as was mentioned earlier, will not disappoint you. Just like in Super Mario Bros. 3, most people had to use a warp whistle to get to the end of the game. Yet, there were those seldom few who skipped the warp whistles and played all the way through. Beginner gamers will be able to collect 60 stars and beat the game, but only a real Mario master will be able to unlock all of the stars and receive the awesome present that comes with doing so.

There are a few flaws. First of all, although the camera usually adjusts itself perfectly, it can be off at times. Also, swimming is still difficult. Other than that, Galaxy is near perfection, if such as thing exists.

Last, but not least, there's the story, and it's nothing new on the surface. Mario must save Peach from Bowser - but that's not all. There's a completely optional sub-story that can be unlocked in chapters and viewed in the 'library' of the hub galaxy. If you watch them in sequence, prepare to have a box of tissues available. It's a beautiful story, and rounds out the game perfectly.

Verdict: Buy, steal, rent, or borrow this game as soon as you can. Your life as a gamer is incomplete without it.