The actual reason you bought a wii!

I played the first, beat and owned the second, and now, I have the third super smash bros. After taking three delays and having to wait the time, it has arrived. I was worried if it could live up to the expectations of the last one.

Ladies and Gentlemen, I am happy to say that not only did it live up to its expectations, but it is better than the creator said it would be! Everything is great. 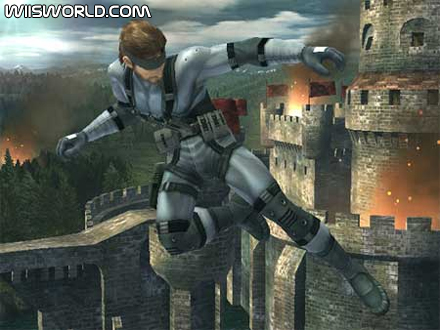 You will have no problem having to choose a control scheme, I just don't recommend the sideways wiimote. You will do best with the ol' cube controller.

All the ways of play are a blast. You can either duke it out with friends, battle through adventure mode, or the newest thing, battle online via wifi. Wifi could have been amazing, but they didn't abolish the friend code. Beside that thing aside, all the modes are great.

The fun factor is 100%. Unless of course you stink at Brawl, you will have a good time. And it will take a good while to earn all the extra stuff, like characters to soundtracks.

The graphics on the game are probably the best on the wii. Though they are not HD, they will amaze you. The soundtrack will also amaze you. All the sounds will suck you in.

All together, Brawl is what you have to buy if you have a wii. This will have enough fun, unlockable content, and so much more, that you will be playing this far beyond 2008..