When I first played Trauma Center: Under the Knife for Nintendo DS I fell in love with it. It showed so much creative gameplay and story originality. Then Nintendo announced Trauma Center: Second Opinion on their new Nintendo Wii and I got the same rush.

In Trauma Center SO you play Derek Stiles, a young doctor who must save the citizens from an outbreak of this disease know as guilt. 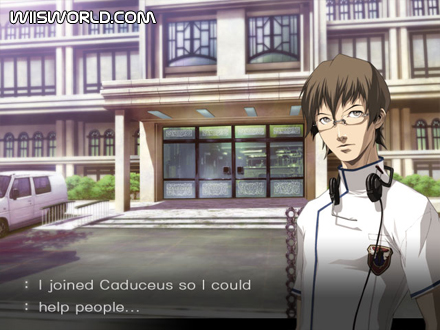 The game is operation/mission based in which to advance in the story you must complete an operation within a certain amount of time as well as make sure your patient vitals stays above zero the whole time.

The controls are simple and easy to get a hold of and can be mastered in no time whatsoever. Simply selecting your medical device with the nunchuk and holding down the A or B button and moving the wiimote in certain patterns are key to a simple and fast surgery.

Overall Trauma Center SO is another amazing game for Nintendo Wii in which people who play it will be amazed by the simplicity of controls as well as love the story and cast of anime style characters.