Diamond in the rough.

My Wii arrived 2 days ago. I naturally ripped the box to shreds and didn't read the manual. I snapped everything together in a matter of minutes. As always it worked perfectly.

The menus and training section show you how to do everything and within minutes you're a pro (on retard level). As the skill level of the AI moves up, so will yours, but be careful. They will eventually progress faster than you, and things won't be so easy any more.

None. This game is timeless. I'm not bored of it yet and I've been playing for 3 straight days. 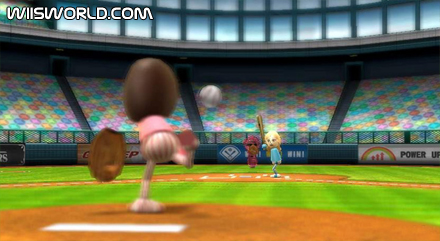 So, so many. I made a Mii avatar of myself and one of my GF as she was on her way over to try it out, and guess what. When you play single player, guess who's on the sidelines cheering me on, my GF (avatar form of course). All the surprising little extras of this game make it very fun.

There's a Wii fitness section that quite frankly pissed me off. My first Wii fitness age was 80. I'm 17. That's the game's ONLY flaw, it measures speed, stamina and balance from how GOOD at the sports you are. If you're new to the controls, this is rather unfair.

Some people out there were foolish enough to mock the boxing on Wii Sports. God will smite them. See, boxing is my favourite of the 5. If you're stressed, knock someone down. Plus, I like to exercise and this sport is the most active. Most say tennis is, but you can easily stand on the spot to play that as the Mii moves for you. Whereas in boxing you must duck, dodge, parry, weave and punch all by yourself. Verdict: cool.