A day with Pokemon GO Down Under

Nintendo has made it clear that the current theme for their games is Exploration. With the design philosophy of the new Legend of Zelda title clearly rooted in the original ideology of letting players find their own adventure, the return to franchise of Dragon Quest VII, Axiom Verge and Ever Oasis it is clear that getting players exploring is the main goal of Nintendo right now. This has never been more exciting than the new Mobile game, Pokemon GO. This game takes the exploration into the real world, and as I live in Australia I have been lucky enough to give this game a work out.

Yesterday my Wife came to me with the news that Pokemon GO was on the play store and ready to download. We made a pact to not start it until after work so we could begin our adventure together. The excitement of waiting to start this made our journey into the game something special. We have technically been waiting since the game was first announced. We entered to be in the Beta but were sadly overlooked, but now our time had finally come.

We put the Pokemon theme song on the TV while we started our adventure together, and in no time we were hooked on this amazingly simple game. Right from the first moments we could see that just down the road a Pokemon Gym and a whole bunch of Pokestops were right at our doorstep. And what was more exciting was seeing that other people had already put their Pokemon into the Gym and were starting a turf war between Team Mystic and Team Valour.

After waiting for a while and catching nothing but Zubats we decided to take the adventure on the road. As it was a terrible thunderstorm out, we decided to go by car to really explore our neighbourhood and what it had to offer.

After driving around town it became clear that a lot of effort has been put into where the Pokestops and Gyms go. We spent a few hours trying to think what good places would be to catch Pokemon. Trying to work out where the rarer ones would be. We took a trip to local landmarks, such as the Lighthouse and beach front in search of things that were unusual and rare. It really felt just like being a real Pokemon Trainer. 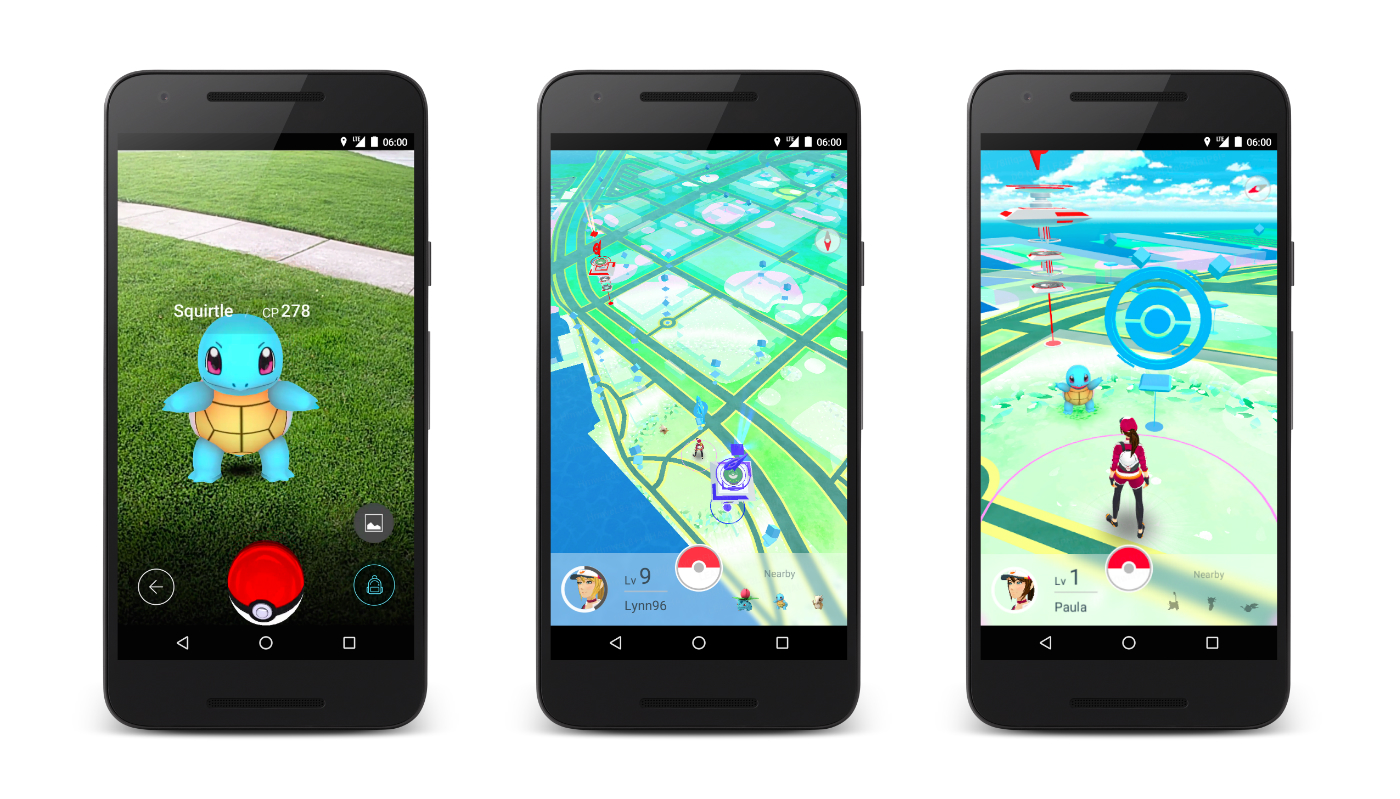 Being avid tech nerds, when we first heard the news that it was tied to the GPS system of the phone we immediately considered spoofing the co-ordinates, but having played it for even just a few hours, I don't know that I would do that. The sense of adventure you get from exploring and discovering is where the fun is in the game; knowing a Pokemon you want is right around the corner, seeing the on-going battle of the local gym changing hands, and wanting to get off of your couch and go for a walk to get involved. It is exactly what Nintendo have been trying to accomplish for so long now.

Over the years we have seen Nintendo feel obliged to address the growing rates of childhood obesity by finding ways of tying movement into their games. Things like the PokePedometer from Pokemon Yellow days, the Wii controller, Coins in the 3ds. Whilst a lot of those felt lacking in some way, like the movement was just an addition that wasn't necessary, this feels different. The exploration is the game. It is a core mechanic and it feels authentic and exciting. As you travel you see more of the augmented world and this in turn encourages you to keep exploring.

Sadly, the servers are down this morning and we cannot continue our adventure. In researching it has become clear that some people on the other side of the world discovered that by making an iTunes or Google Play account with Australia as the local settings they could get access to this awesome game early. And as a result they have overloaded the system. So here I sit, checking my phone every hour or two to see if the servers are back up. Just awaiting when my real Pokemon journey can begin.