Bayonetta 2 Sales Off to a Slow Start 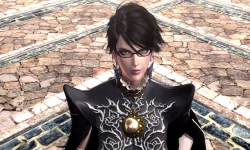 Unable to cast her spell on Japanese gamers

It's been two weeks since the critical acclaimed Wii U exclusive Bayonetta 2 released in Japan. Unfortunately, no one seemed to notice, as evidenced by its disappointing sale numbers.

According to 4Gamer, the game debuted at number three on the game chart with a total of 38,828. Cracking the top three is great for Bayonetta 2, and its sales compared to other Wii U games is on par for what is expected. That said, it still pales in comparison to the first week sales of it predecessor. The first Bayonetta sold 135,242 copies on PS3 and 64,325 on Xbox 360 (a console that has little to no following in Japan) when it was released in 2009. That's almost an 81 percent decrease in first-week sales between entries. In its second week, it fell to twelfth place selling only 6,970 bringing its total to 45,797.

So what's the reason for the low sale numbers? Some have pointed to the fact that the game is a Wii U exclusive, and that is preventing the game from being played by a wider audience. Others have commented that the game was released the same week as the much anticipated Super Smash Bros. for 3DS and was simply overshadowed by a more well-known franchise (which comes off as a poorly thought-out move by Nintendo).

However, there's still hope for the game. The game hasn't had its world-wide release yet, and when it does, it won't be competing directly with Smash Bros. like it did in Japan (Smash Bros. gets its world release a month earlier).