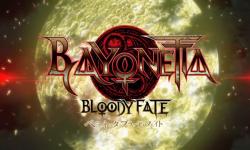 See more of the Umbra Witch before the sequel

An anime feature film based on the Bayonetta series is coming to North America soon. Released in Japan last year, Bayonetta: Bloody Fate will be playing in the US once new audio has been recorded.

No official release date for the film has been announced, but director Fuminori Kizaki said that he will be showcasing the movie at the Anime Expo in Los Angeles, which will be happening July 3rd through 6th. So, it should be out before Bayonetta 2 is released on Wii U in October.

Check out the trailer above, and let us know what you think in the comments! Also, don't forget to follow us on Twitter @WiisWorld and @dozemaster5000!