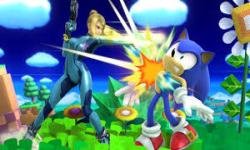 Causes game and system to not function

Earlier this morning many Wii U owners started reporting about error code 160-0103; it only appears when playing Super Smash Bros. The error code pops up randomly, and so far no one knows why this error has been occurring.

Recently, Youtube user Trippy12345ify uploaded a video that shows exactly what this error does. In the video, the uploader shows that the disc is in pristine shape and also comments that the game worked fine yesterday. However, the moment he tries to boot up the game the error message appears.

Many gamers who have been affected by the error code shared their experiences in the comments section of the video, along with theories as to what is causing it. The common theory is that the error code stems from the recent update to the game. The reason many gamers feel that this is the cause is because no other games besides Smash Bros. is having this issue. There are also reports that this error is preventing access to the data management page, wiping all memory from the system, or even causing the Wii U to brick.

Many owners have stated that they have contacted Nintendo about the issue, and their suggestion was to either reformat the system or send it to them for repairs. However, those who have formatted their systems say that afterword's it bricks, so this method is not suggested.

It appears that Nintendo is fully aware of the issue, but is unsure of the cause or how to fix it. So until we hear from them, gamers can do nothing but wait...