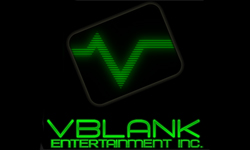 Brian Provinciano, founder and lead developer at Vblank was able to speak with us about Retro City Rampage and his role as a nearly one man operation in what was truly a personal triumph...

Dan Scheid: Could you briefly describe the development cycle on Retro City Rampage? How long did each stage of development take roughly?

Brian Provinciano: I spent just over three years full time and around another three part time before that. Prior to that, I was tinkering with the prototype precursor which ran on real 8-bit hardware, so the whole retro open world thing's been on my plate for a long time.

I pushed myself to beyond the limit during development working seven days a week without a vacation the entire time. In the end I even needed to go to the doctor's from pushing myself so hard and am still recovering physically now that it's all done and out the door.

Of the three years full time, about a third of my time was spent not on development but on business, production, PR and marketing. That side consumed far more time than I'd anticipated and added to the challenge of doing everything yourself. In the future I will need to hire someone to offload some of that work. It's just too much for one person. Between all platforms and regions, I had to do seven certification submissions for the first time, all at once. A single submission is a lot for a small company, so seven for one man left me pretty burnt out afterwards.

DS: Do you have any personal methods or philosophies when it comes to game design?

BP: I focus on fun, or at least, what I think's fun. But you really need to be creating games that you enjoy playing or they'll never have a chance of being great. There are some exceptions as I do know a couple of amazing designers who can look at everything like a science when tasked with any genre imaginable and do a great design, but as someone who's also a programmer, artist, producer and biz guy, I need to pick my battles.

Playtesting's very critical. Getting feedback from others throughout development makes your game great. RCR's weaknesses in the end were the result of sections of the game that went in during the final stretch when there was no time left to give them proper playtesting. I did end up giving them the tuning they deserved by the time it hit the Wii though. One advantage to it hitting the platform later.

DS: RCR has both engaging visuals and a truly rich amount of content, was there ever a point where it was difficult to balance the level of detail in the over-world with the effort that was put into the gameplay mechanics?

BP: The open-world was actually the perfect medium to bring just about any idea to life and have all of the ideas seamlessly flow from one to the next. Balance is always tricky though. There was so much to juggle between the mechanics and world, missions, story and progression. It's hard to get it perfect the first go around. It's kind of like sculpting. Now that I've dabbled in it all, I know where to focus, where the weaknesses are and where the strengths are. I could fine tune things even better if I were to do it again.

DS: What went into choosing and fitting in all of the parodies and references that ended up in the game? Was there anything you wanted to allude to that you weren't able to for any reason?

BP: Most of them just meant something to me sometime between being a child and now. A few others went in when friends strongly recommended them to cater to their specific nostalgia too. Many definitely were cut though. The initial story design years ago had the intent of a lot more references and characters, but as each character's story unfolded into three to five missions, they added up quickly and there just wasn't room.

Being an action game, many players who jump in simply don't want to read. As much text as there is in the game, there could've been a lot more. I added a fast forward button and crafted missions to ensure the game could be fully played and enjoyed if someone were to skip every cut scene, but a lot of the text still needed to be reduced. I'd edit down three text boxes into one, for example. This also resulted in many characters being cut as introducing them just disrupted the gameplay too much. While the first act of the game is story heavy, it intentionally calms down for this reason.

DS: There are so many levels of customization in Retro City Rampage, from costumes, faces, and arcade cabinet style. How important was player personalization for you?

BP: For the cabinet styles, definitely. Getting the tube TV simulation in was very important to me and that opened the doors for the many TV borders. One that I did want to get in there too was the old wooden "grandma's TV" but at one point I had to just draw the line.

As for the character styles, it really was more just for the amusement of myself and the other artist. We had a lot of fun sketching one together as soon as some goofy idea would pop into our heads. Most notably, absurd haircuts.

DS: Everyone asks about game design and development, but what happened after the game was "finished" - what was your approach to getting RCR into our hands? Specifically what was your interaction with Nintendo like?

BP: Well, there were many finish lines, but it was very anti-climactic upon launch. I'd worked so many years and expected to have a big party when it was done. However, I'd pushed myself so hard and was running on such little sleep that I was a zombie and physically ill when that day came. On top of that, once your game ships you're in another massive crunch, working around the clock to get through emails (I had over a thousand in the initial launch week), doing interviews, sending out review copies, handling any support requests, and unsatisfied, I continued to polish the game further even post launch, then had to get the remaining SKUs out the door. I didn't get a chance for a vacation until two months after launch, and still it was just a short one. I have yet to take a full proper vacation five months out, but I will be doing that shortly. Well, I have no choice because I really physically damaged my body from all of the long hours at the computer and need to recover. All just the result of being one man and doing the work of a small company. It's not healthy.

Nintendo's been great to work with, everyone there. Dan Adelman's a champ and works incredibly hard to help Indies and deserves a lot of recognition, and on the European side, Christian, Oliver and Pepe were just as supportive, to name a few. The pleasant experience working with them on a personal level is the primary reason why I'll continue to make games for Nintendo platforms.

DS: How do YOU play Retro City Rampage? Do you go for leaderboards? Collecting/Exploring or sand boxing in Free play mode?

BP: I really wish that I could play RCR with fresh eyes, not as the developer. Maybe if I don't touch the game for a decade and boot it up after I'll get that experience. I enjoy both the story mode and arcade challenges the best. The humour of the story mode, for sure. There were so many times throughout development where I hadn't tested sections of the game for a while and went back to them only to laugh out loud at my own jokes, having forgotten that I'd written them.