Is Fatal Frame 5 Getting Localized? 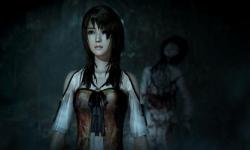 Earlier today Nintendo held a live-stream of Fatal Frame 5 on the Japanese website Niconico, giving gamers their first real in-depth look at the game. While the game is scheduled for release tomorrow in Japan, there has been no mention of any sort of localization. However, some hints on the stream indicate that that could be changing shortly.

During the stream, many viewers (myself included) couldn't help but notice that the English synopsis (which is odd for a Japanese site) referred to the game by its Western name instead of its Japanese name (In Japan the series is known as Zero, while in the States it's known as Fatal Frame). It's important to keep in mind that whenever Nintendo or Koei Tecmo previously talked about the game they always refereed to it as Zero, even when talking about it in English. The fact that they've suddenly started referring to it as Fatal Frame, especially during a planned stream, could be a hint that there is at least consideration to give the game a wider release.

An even bigger hint: the game's title. Since this game has been announced, it has been called Fatal Frame: The Blacked-Hair Shrine Maiden. So it was surprising that the game had an entirely new title; Fatal Frame: Oracle of the Sodden Raven. What makes this stand out even more, is that the Japanese version of the game is still using the previous title. Why would Nintendo and developer Koei Tecmo suddenly give it a new title, while still using the old one if they weren't planning a wider release?

And to add more fuel to this fire: speculation to the time the stream took place. The stream begin at 12am in Japan, which is weird considering how late that is. Yes, I know it's a horror game and it makes sense to have it late, but it doesn't make sense to have it that late. While people in Japan may have found the release time inconvenient, people in the US and UK didn't mind. The stream took place early morning for US viewers (8 am/11am) and late afternoon for British viewers (4pm). It seems like Nintendo purposely played the stream during a time that was much more accessible to areas where the game hasn't been confirmed for release. Is it possibly they were gauging interest for a release in those areas?

I want to stress, this is all just speculation. No plans for localization have been announced. However, I feel these three hints provided do warrant some merit. If there is going to be an announcement, it will happen sooner rather than later.