Sega has dished out some details on the upcoming Wii and 3DS games Mario & Sonic at the London 2012 Olympic Games. The Wii version will be released in the US on November 15th, while Europe gets it three days later on November 18th (2011). Perhaps most interesting of all, is that it will ship in a funny yellow box: 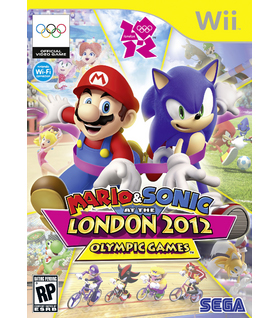 The 3DS version has been pushed back until February 2012. We've got some screenshots up of both versions on their respective pages:

Not exactly my thing, nor are sports games in general really.

My younger cousins go crazy for these games.