New Mario Game May Be Coming to Wii U 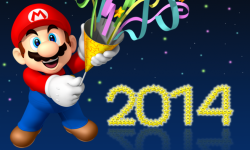 Nintendo producer Yoshiaki Koizumi announced that the team is working on a new Mario game. The platform on which the game is expected to release for is still a secret according to Koizumi.

I can tell you, though, that we've already started approaching our next challenge.

Not too much has been revealed about the upcoming game, however Mario fans definitely have something new on their way to look forward to.

Koizumi also mentioned how the team plans to incorporate a variety of new game mechanics within this game as well as future ones. The main focus for Nintendo however, is to incorporate more use of the game pad within upcoming games, including this one if it plans to be released for the Wii U.

Should we anticipate a release in a new Super Mario 3D world? Will the new game be released for the Wii U or the 3DS? There are still many unanswered questions about this announcement but ultimately Nintendo believes this game's release will definitely be worth the wait.