Sonic and the Secret Rings hits the US on the 20th of this month, with other regions following shortly after. Some new footage released shows that the game has some multiplayer action, in the form of minigames. If you like your games quick and pointless, boy are you in for a treat! Me, I'm sick to the guts of minigames. 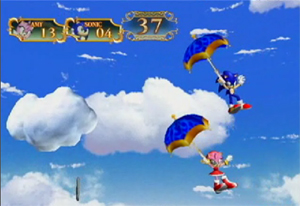 Mary Poppins but without the medicine. 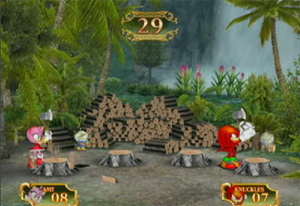 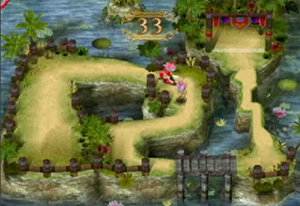 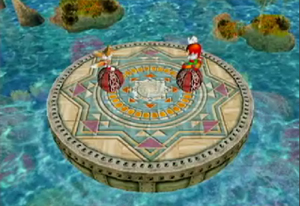 Sumo, but with more balls. 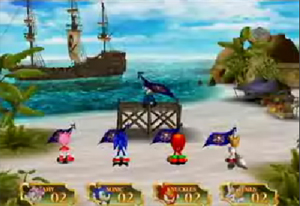 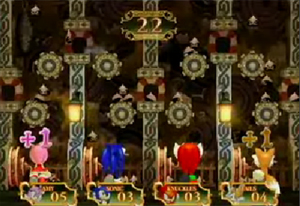 Ok, I'm not making another mistake of buying another sonic game. I think I will stay to that rule. It seems like every new sonic game they make, they are just destroying the series more.

I love winding kogs! Cogs are OK too.

Actually, I've seen a Sonic game that had minigames that was fun. Sonic Shuffle. One of my favorite games. Quite good. If they do it right, it'll be good. But they might not. If it's ALL minigames... then stupid. Anyway, if the NORMAL gameplay isn't minigames and it's just the 2P mode, I wouldn't worry so much.

Why not a multiplayer mode with cooperative or competitive running against each other? Because a 1 on 1 battle wouldn't be fitting into the technology very well. But minigames. Well. Lets see if it makes fun. I don't know. I would rather take some multiplayer levels. Or run the single player levels in races.

It looks like a lot like some of the earlier Mario Party games. Especially the one with the balls and the flag waving. Just another standard mini-game portal, I'll wait until Mario Party I think.

STOP MAKING MINI GAMES, make multiplayer action like a one vs. one like RedSteel, not some half-baked minigames (warioware doesn't count!).

Aww, I was looking forward to the old racing style multiplayer.

What's wrong with mini-games? They're fun. And I think every future Sonic games they make is fun & great. You guys think way too much about the action parts. Try thinking about the funny parts. I really like that one that looks like bumper ball from Mario Party. I like that mini-game!