Mario for a New Millenium

Super Mario Odyssey, as of June 2018, has sold over over ten-million copies. While the game is commercially successful, it is also a critical darling, and averages a whopping ninety-seven points on the aggregate review site metacritic.com.

It should come to shock only a few that our mustached Italian hero's game is just as good as many claim it to be. The game happens to be worthy of every heap of praise it has received thus far. 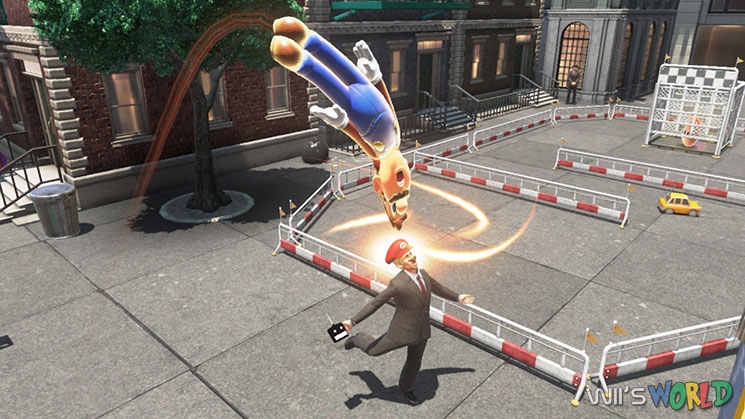 Odyssey has drawn in many dormant fans of the Mario franchise - especially those who hung up their controllers after Super Mario 64. Those fans who felt left in the icier regions of the Mushroom Kingdom, have received their apology from Nintendo's E.P.D. team, and reciprocated through purchase.

Yet, one should make no mistake - This is Mario for the next generation of gamers. As hyperbolic as it sounds, it feels as if Mario, much like the Legend of Zelda series, is simultaneously tipping its hat to the old generation, only to exuviate its feathers for new ones.

"How so?" one might ask themselves. It's a well-warranted question deserving of equally-bold answers for such claims. 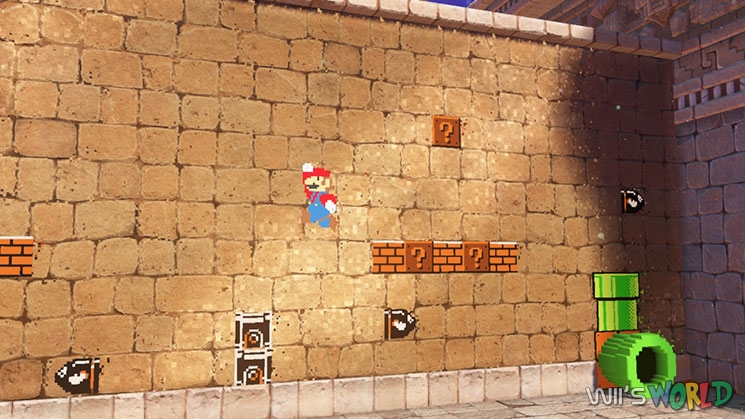 First of all, the star system from previous three-dimensional Mario games is gone. While the variety of challenges varies from pathetically easy to near-impossible, most of them come in the form of having to acquire power moons.

What this ultimately means is that the tasks in the game are divided into more digestible pieces. Whereas older generations of gamers would compete for stars through bigger-portioned missions, Mario Odyssey delivers largely in smaller pieces.

Some fans of the series have argued that this makes the game too easy, and there is at least one valid reason while that handful argues so: 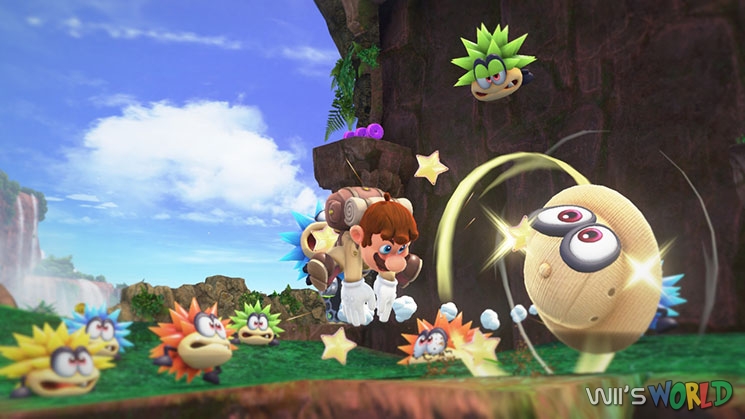 The so-called "ending", is easy to unlock. A newcomer to Mario can view the first ending to the game in a matter of hours.

After that, though, the difficulty beings to ramp up considerably. Koizumi's masterpiece raises challenge at an exponentially-increasingly level thus forward. While the average Mario fan will collect five-hundred power moons, only a fraction of those will be able to collect every moon - And, collecting all of them will require the tenacity of only the most dedicated and skillful Mario gamers. 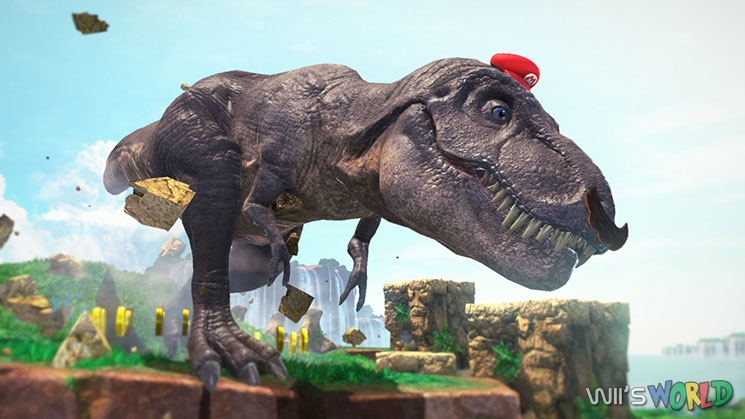 Mario controls better than ever in this entry. Pulling off the plethora of jumps at Mario's disposal is easier than ever. "Possessing" enemies, and turning them against each other is extremely satisfying, especially in boss battles. There are more power-ups and varieties of play, than in any previous Mario game in existence. The currency system, consisting of regular coins, kingdom-only coins, and awesome (and free DLC) unlockables makes even the most mundane of tasks carry value. Anyone can get the first ending, while only an absolute master will receive bragging rights. The game-play, besides some forced motion controls for hat-movements, is perfect.

Super Mario Odyssey is a beautiful game. It obviously doesn't have the incredibly-sharp resolution of the GPU and CPU-taxing games on the X-Box One X and Playstation 4 Pro. Still the graphical gap that existed between the original Wii and its competitors is considerably narrower than before.

Odyssey is a pretty game, with sharp textures, detailed animations and, typical to Nintendo games - tons of color. The kingdoms that Mario and Cappy traverse are varied and gorgeous, ranging from flowing rivers and lakes, to forests, deserts, and both sides of the moon.

Put all of this through a sixty-frames-per-second rate. It's nice.

Odyssey has three main separate composers and a few other contributors - One of them is the legend Koji Kondo himself. The tunes themselves range from 8-bit throwbacks to Phrygian-scaled desert themes to laid-back sea-shanties. Genres continue to differentiate in ambient electronic, jazz, swing, and pop-punk. Kate Higgins' vocals as Pauline are excellent as well.

Super Mario Odyssey is an extremely time-consuming game. While the first "ending" can be unlocked in only a matter of a few hours, it will take much longer to collect the power moons, the plethora of outfits, and decorations for Odyssey's eponymously-named ship. After that, players will continue to challenge each other in Luigi's Balloon World as long as Nintendo keeps the servers up and running.

Super Mario Odyssey is successful, not only as a game in its own right, but for bridging the gap between veterans and newcomers. It's Mario for a new millennium, and the future is bright.

Not a gamer myself, but I like the style of the reviewer.

New on Switch (US)