The evil Dr. Eggman (AKA Dr. Robotnik) has built a machine that will turn the poor people of Beanville into machines, but there's safety in numbers! In this colorful puzzle game, help them out by pairing them into groups of four matching colors so they can stick together and escape certain doom! 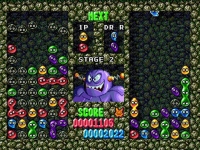 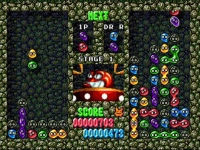