The classic Super NES "cute 'em up" returns, thanks to Virtual Console!

Pilot the sweet yet powerful spacecraft TwinBee and WinBee, as you fend off the forces of the Donguri army. Fly through seven stages solo or simultaneously with a friend, to defeat the evil Dr Mardock's forces. Power up by collecting bells; shooting them to change their color and effect. Two players can also team up, to transfer energy if one of you is low, or to grab and throw a player around the screen and take out multiple enemies!

Pop'n Twinbee has no review on Wii's World. Write a review 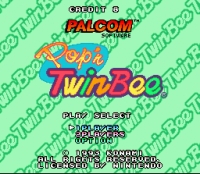 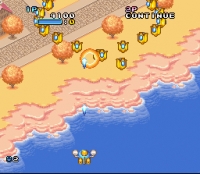