Published by Nintendo, Developed by Rare

Donkey Kong has been kidnapped by the evil Kaptain K. Rool, who is demanding DK's hard-earned banana hoard as a ransom! But there's no way the Kongs are going to give it up that easily!

In this pirate-themed sequel to the hit Donkey Kong Country, guide Diddy or Dixie Kong through eight wild worlds of comical action across the Kremling-infested Crocodile Isle. 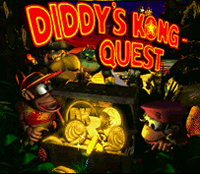 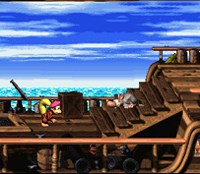 Rare made so many great games.

Yes they have, and this is one of there greatest.

Does not matter much now. Nintendo made the dumbass decision of selling to Microsoft. Now we will never see the tender fur of Conker again.

Wait, this was Nintendo's idea? DAMMIT Nintendo! I thought Microsoft bought it away from them. Someone should ask Nintendo why they did it.

The Wii should have ported the gameboy advance edition, but then again there is nothing wrong with this game. It's so fun and awesome.

Since this was developed by rare, they should bring Killer Instinct to the vc.

This is a RARE games and it's on VC, does this mean conker, banjoe and many other incredible games will come out on VC? I need an ANSWER on this please anyone!

Banjo and Conker Belong to Rare. Which is why they were not in Diddy Kong Racing DS.

One of the BEST games I have ever played. The best game out of the donkey kong series.

Actually it was a very good idea selling Rare. The team that made the KI's, Donkey Kong games, banjo, goldeneye and perfect dark all but left rare to pursue other things. The rare that Nintendo sold to microsoft for three hundred and something million was a very different rare to what it was. Practically all the staff had left and what microsoft got was the reserve team which was left. Haven't you noticed the distinct lack of games from rare since they went to microsoft? And the below par quality of the games they have released? Selling rare was cashing in on a company that had no chance of producing any more true classics. I say, well done.

Good, the little guy has an adventure of his own! He's going to be playable in Brawl.

So will they put out Donkey Kong 3 on Virtual Console? I never got to beat that one on my super Nintendo. PLEASE PUT DK3 ON VC. Oh yeah is there going to be another sequel for virtual console? A donkey kong country 4?

Rare was a sinking ship, anyway. They haven't made a single good game since they've moved to Microsoft. Good riddance. Nintendo sold just in time.

I love the boss music in this, it would be nice if it was in Brawl too.

This game is a great sequel to an already great franchise. It's good now that it's on the VC for less than it once was.