The upcoming Super Meat Boy on WiiWare promises core gamers an intense platforming challenge of the like we rarely see these days. I put a few questions to Edmund McMillen and Tommy Refenes, collectively known as Team Meat.

WW: How are you finding working with WiiWare? Have the file size limits influenced the game much?

Tommy: Wii is a great system to work with. Granted it obviously doesn't have the power of the PS3 or Xbox...or even a PC that was made after the year 2001, but I'm enjoying it a lot. As far as filesize, there haven't been any "OMG WE CANT DO THIS" moments yet. With the graphics and animations, the exporter tools I built for Flash are keeping the file sizes small by efficiently packing pieces and symbols into single textures...so yea...so far, no influence. It's not about the size, it's how you use it...also I'm huge.

WW: You've talked about tightening up the controls over the original Flash game. Can you tell us about the control schemes? Will the Classic Controller be supported?

Edmund: If by classic you mean NES controls then yes. SMB wont use a ton of buttons, controller on its side is the way to go, but we have been playing around with some experimental control methods..

Tommy: It will support the Classic Controller, but honestly you won't need it. Meatboy's controls are a lot like Mario 3 controls, so there's only really a need for D-Pad and two buttons. We are thinking about some sort of balance board support...you know like remember Track and Field? You could win the 500m dash by like slapping the buttons with your hands....so maybe something like that where you have to shift your weight to make him move. Also, Meatboy will support PS3's motion support and Project Natal, even though they don't work on the Wii...with our game THEY WILL....

WW: Is the level editor definitely being included? If so, can people share levels over Wi-Fi?

Edmund: I'm not sure about those factors tommy, are you sure that the factors of the initial one are too complex for the situation? I mean when you think about the task at hand one might assume that if you weigh in all the factors of both, you can come to an obvious and clear conclusion if you think hard enough about the results. What's Wifi?

WW: We know that a dozen or so unlockable characters from the indie gaming world will make appearances in Super Meat Boy. So far you've mentioned Alien Hominid, Tim and Commander Video. Are there any others you can reveal? Or hints? I've heard Gish is in.. and Toki Tori..

Edmund: I don't even know what Toki Tori is... Hints huh... hmmm. Well hell someone leaked a web cam screenshot of the character select screen so that's all the hints I think you guys need. I can say that a lot of the "obvious" characters are purposefully being avoided and there will be quite a few indie unlockables that will be so difficult to find and unlock that I don't anticipate the official full roster for SMB will be revealed till a while after it's release.

Tommy: What the hell is a Toki Toki?

Edmund: Ah I just looked it up, Toki is the monkey from a genesis game where you spit at things to kill them.

WW: It's apparent that Meat Boy bleeds a lot, and his girlfriend is made out of band-aids. Is it a relationship of convenience?

Edmund: They have the traditional functional co-dependent relationship.

Tommy: Yea, see in a human relationship, the women tend to bleed a lot and send the men out to get stuff to stop the bleeding...so it parallels real life.

WW: Screenshots and trailers have been thin on the ground, when can we expect a good look at SMB?

Edmund: I attached an exclusive pic of meat boy's crotch, is that good enough for ya? Expect to see some game play footage by PAX. 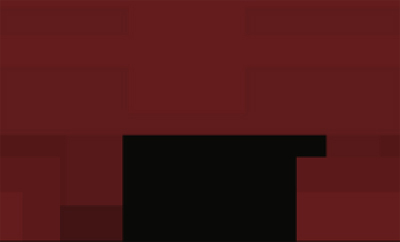 Super Meat Boy should be one to look out for, expect to see it late this year or early 2010.

This was a great interview and they should have more of these with indie developers.