Published by Ubisoft, Developed by Pwnee

Platforming that will last forever

Cloudberry Kingdom began life as another video game project on Kickstarter where developer Pwnee Studios stated they were aiming 'to make a platformer as fun as Mario, that would last us forever'. It's a bold statement for any studio to make and it was based on such promises that helped the project to be successfully funded even if the developer had set the bar of expectation exceptionally high. So does Cloudberry Kingdom deliver on these promises or disappoint in its quest to please?

Cloudberry Kingdom, at its core, is a platformer making use of randomly generated levels. The levels start out almost insultingly simple and easy but quickly ramp up from being quite hard to leaving you wondering how on earth you're going to progress. New elements are introduced on a regular basis - from new enemies to obstacles and even laser beams to make each level progressively more difficult. There's no story per se in Cloudberry Kingdom and, aside from a short video right at the beginning in which a princess is captured, the game is under no illusion that it is anything other than a set of challenges waiting to be beaten. 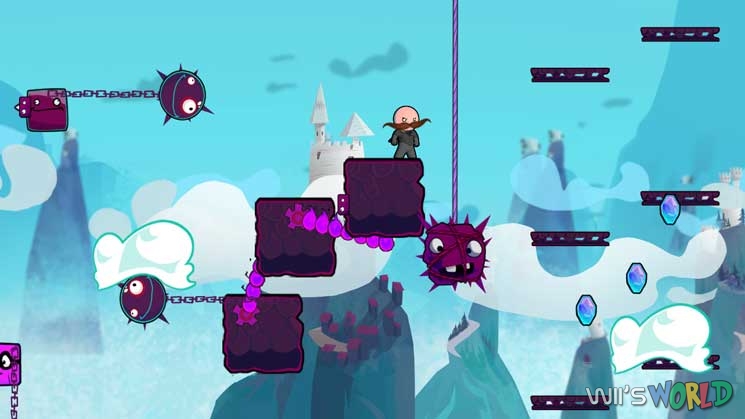 Levels are built comprising of a selection of the usual platform game mainstays - moving platforms, blocks that disappear if you stand on them for too long and spinning trails of fire amongst others. In certain levels your character is given power-ups, for example the ability to double jump or use a jet pack to fly across the level, and these can have a large impact on the way you approach a level. The jet pack in particular works only for short bursts and mastering the judgment required to collect items and clear the gap between platforms takes some time further adding to the longevity and challenge of each level.

One of the best features in Cloudberry Kingdom are the customization options and although the changes only affect the cosmetic appearance of your character, it does allow you to put your own personal touch on the game making it that bit more engrossing and rewarding. The customization options are thankfully full of character and somewhat off-the-wall... fancy a monocle? Sure! Want to clear the next level in some bunny ears? You certainly can! Given that the later levels are going to take you many tries to conquer, having the option to customize your character helps to keep things a fresh as opposed to battling through nearly 400 levels as the same single version of your avatar.

The visual design of the game overall is bright and full of personality - it very much has the appearance of a comic book or a children's cartoon. There are a selection of themed worlds, which essentially serve simply to change the background scene of a level but on the whole there is little meaningful variation between the levels and worlds of the game. From an audio point of view, Cloudberry Kingdom is let down somewhat by extremely minimal sound design and a soundtrack that, while starting out interestingly enough, begins to sound extremely repetitive and boring once you're a good chunk of the way into the game and offers little variation. 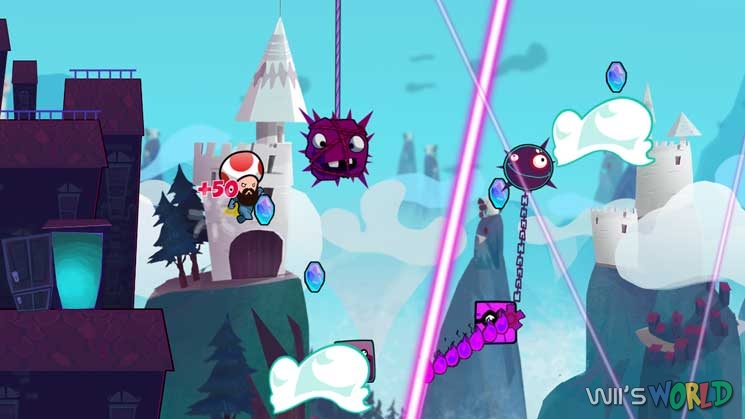 Cloudberry Kingdom certainly goes some way in working towards its goal of making a platformer to last forever by its use of its unique selling point - the randomly generated levels. While the concept of randomly generated levels does potentially offer millions of combinations and variations, the levels never feel as well crafted as the detailed courses in Mario for example. As the difficulty ramps up, the randomly generated element of the game can begin to feel like a negative feature and you're left wondering if the insanely difficult levels are actually passable at all on a regular basis, or if they've generated in such a way that makes them impossible to conquer.

There are collectibles to grab while running through each level, and each run is timed so even when a level is completed, the game gives you the incentives required to replay a level to collect more or see if you can best your last run time. There's also the option to save a generated level, which lets you share and compete on a particularly enjoyably created level against friends or attempt a particularly fiendish course until you finally conquer it.

One of the other main features of the game is the co-op play, which allows you to play with up to 3 other players on the same screen co-operatively to try and best the fiendishly difficult levels. This makes the action even more manic and hectic than playing alone but makes gameplay significantly more fun when playing with friends, particularly if playing multiplayer locally in the same room - something few games offer in an era where many games have a plethora of Internet-only multiplayer options. 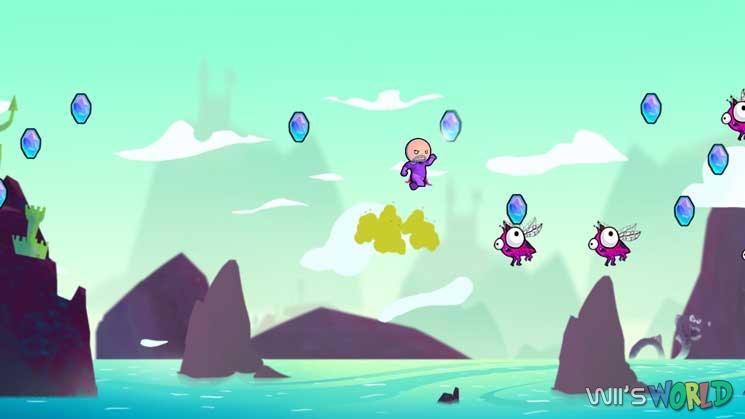 To enjoy Cloudberry Kingdom to its fullest, there's a prerequisite that you enjoy platformers on the whole - it's highly unlikely anyone who isn't interested in platformers generally is likely to have their opinion changed by Cloudberry Kingdom even with its randomly generated levels and steep difficulty and challenge. The game isn't as well crafted overall as the Mario or Sonic games, but does offer more challenge than your average level in those games - some of the levels in Cloudberry Kingdom require absolute precision maneuvers and exact timing to complete.

For anyone who is a platformer aficionado and is looking for a new challenge, Cloudberry Kingdom is an interesting proposition especially given its budget price tag. There's certainly a wealth of content and infinite replayability if you can forgive the odd badly generated level that is potentially impossible. Multiplayer and customization options go a long way in giving Cloudberry Kingdom even more exceptional replay value.

Cloudberry Kingdom is all about challenge and despite struggling to bring many new ideas to the platforming genre, it does play to its strengths and does so with confidence. Cloudberry Kingdom offers enough from each level to provide almost endlessly entertaining fun and the game is at its peak when played with friends, either co-operatively or challenging each other to outdo each other and perform the best run on a level. Pwnee Studios set out 'to make a platformer as fun as Mario, that would last us forever' and they've certainly gone a long way in achieving that goal, even if there is room for improvement to further the experience in the future.