GetClose: A Game for RIVALS

GetClose: A Game for RIVALS review

Do me a favor, if you will: get a friend or relative to hold one side of your Wii U GamePad with three fingers (Thumb on the respective joystick, index and middle on the trigger buttons) while you do the same with the opposite side. As you read the review, rotate the joysticks and mash the ZR/ZL buttons as maniacally as you can. Don't stop this motion under any circumstances, and please, enjoy.

GetClose: A Game for RIVALS is the newest entry in the hipster-cultural movement that seems poised to dominate the decade of the 2010s. You've likely seen it before; minimalist art direction, obsessive quirkiness, and pretentious reinvention of arbitrary conventions for the sake of aforementioned pretension. 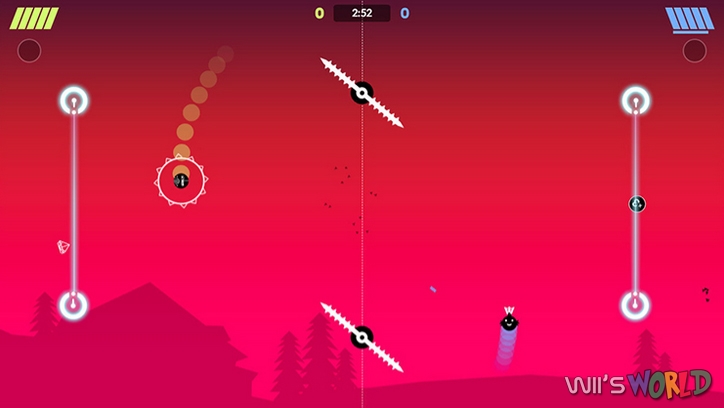 If that sentence didn't give you a little cringe, you might be a part of the biggest problem facing the hipster movement; too little said with too much uttered.

Too many people today are convinced that abusing a medieval/obscure/five dollar word synonym in lieu of plain speech makes their prose 'fresh', 'unique' or even 'innovative'. At best this practice makes the writer appear a snobbish tryhard. At the worst, he comes off awkward or pedantic.

I'll say it right now; a young Caucasian man with a trendy goatee, an Instagram-filtered face, a pair of horn-rimmed glasses and a job in Wii U indie game design has no business crediting himself for 'JAMS' as opposed to 'Sound Design'. You're making the rest of us Snowskins look bad. 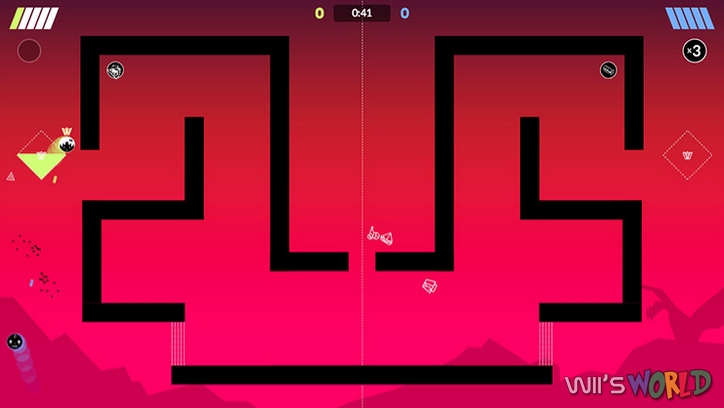 You may be wondering what any of this has to do with GetClose, or why I've had you twiddle around with the GamePad during this self-indulgent tirade, to which I ask you:

How are your hands feeling?

Are you wrought by a sense of frustration that you can't properly explain, or do you simply wish you and your friend didn't have to rub cheeks just to hold the GamePad steady, given the position? Or did you find the process stupid, unnecessary, or even too uncomfortable to continue? Did you quit out over the palpable tension in your wrists? Or are you soldiering on? 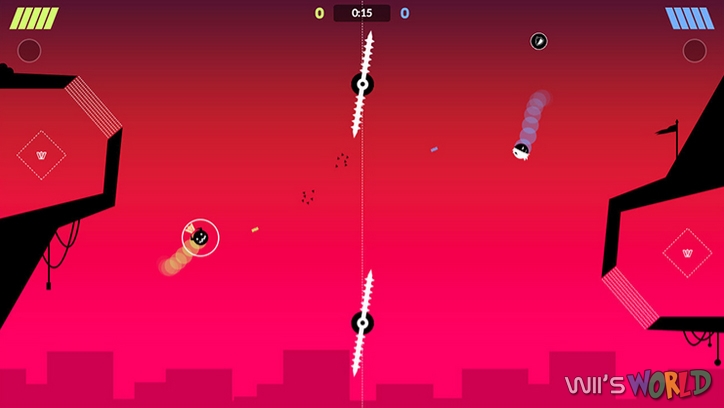 Congratulations. You've experienced what it's like playing GetClose for about two matches, just from reading and twiddling up to this point. Imagine holding that controller exactly as ordered in the context of a competitive gaming experience with the person next to you, with no tactical, reflexive, or mental effort you make coming to fruition on the screen.

It also bears noting that unless one of you is left-handed, the game is inherently rigged for whoever is playing on the right joystick.

Did I also mention there is NO single player mode available, or that the 4-player mode requires a Wii U pro controller? What kind of Indie game requires you to buy first-party accessories just to access almost half of its content? The GamePad was barely constructed for one set of hands, and it feels borderline-arthritic in two sets of hands. I can only imagine how stressful playing with a smaller and less suitable device like the pro controller would be. 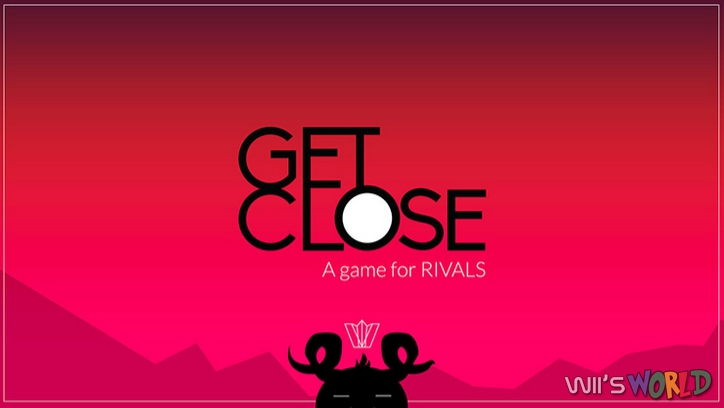 This entire rant might sound unjustified, but understand that this isn't a puzzle game or something that would, in any way, justify the winner's victory over the other player. You cannot aim your character's fire. The character sprites you choose, by the way, are almost indistinguishable from one another AND the items spread on the map. I won't even attempt to describe the level of unnecessary, unfair chaos that these items wreak on the already schizophrenic matches GetClose offers.

The matches themselves quickly lose their appeal. The only two modes present are King of the Crown (King of the Hill) and Capture the Crown (Capture the Flag). Both utilize the same sprites, items, backgrounds, assets, and 'Jams', while offering maps that look almost identical in scope and design to the next available option.

GetClose, for all its perceived faults, is definitely not the worst game I've ever played; the programming is rock-solid, the visuals work for what they're intended to be, and the aesthetic quality of the game - more than a tad derivative - is consistent and crisp throughout. If this were simply called 'GetClose', I might be judging it by different standards than those at present.

But it's not just 'GetClose'. The subtitle clearly states this is "A Game for Rivals". I can personally assure you this game was not made for rivals, friendly or no. You have to get so close to your 'rival' just to play semi-effectively that you might as well be punching each other in the face to settle any qualms you may have. Furthermore, the competition is a total crapshoot in terms of which party wins which, to your target market of 'Rivals', doesn't fulfill a necessity for fair competition.

GetClose was trying to do something 'fresh', 'unique', and 'innovative', and I can respect the developers for looking at the GamePad in an unconventional light. I wish them well in future endeavors and have no malicious intentions towards any of these men. Not even you, 'Jams' guy, your mysterious quirky ways are forever lost on me.

All that said, I can't give my blessing to a low-content, multiplayer-only, underdeveloped game that produces better matchups if one person controls both participants involved.