Toki Tori 2 is a pure and wondrous new puzzle game for the Wii U eShop. Thanks to developer Two Tribes' presentation and approach to gameplay, Toki Tori 2 turns out to be a fun, unique and at times challenging experience that will surprise Wii U gamers of all ages.

Players control a small flightless chicken who explores a mysterious forest that is full of life. Your own simple actions influence the area and other creatures around you in a variety of ways. 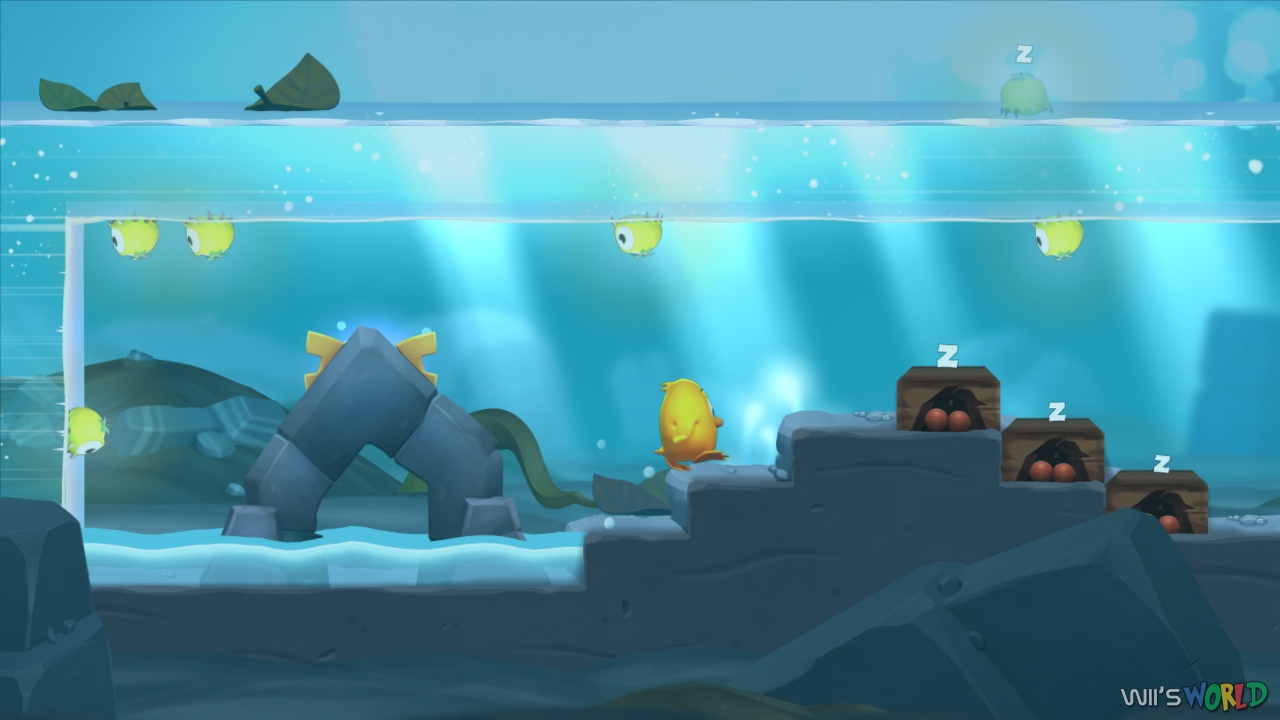 Don't expect any of the usual introductory tutorials or mission structure. The game is devoid of any text whatsoever and everything from controls to gameplay mechanics must be discovered by the player. Thankfully the controls themselves are very basic. There is a "stomp" button that sends a small shock wave through the ground and can force some animals away from you, and a "sing" button that can attract attention and alert others to your direction.

Singing is pressure sensitive meaning that for each button press, your bird will deliver a note that is different based upon how long you've held the button in. As you progress through the game you'll learn new note combinations that allow you to "reset" the room you are in or even summon a photographer bird to take a few snap shots of all the bugs, frogs, and birds you'll encounter.

The puzzles in Toki Tori 2 generally have to do with either "pulling" creatures towards you by singing or "pushing" them away by stomping. It is initially very hard to grasp that every solution is simply a balance of these two concepts. 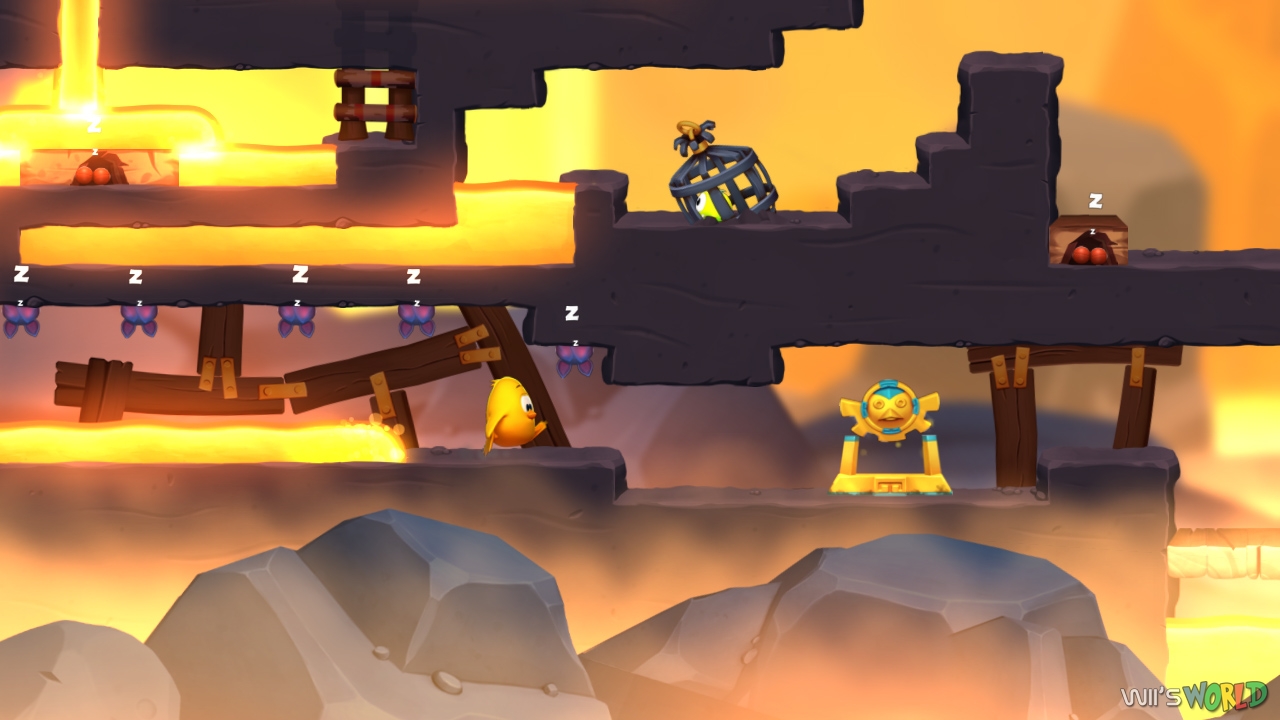 Despite this it is still very possible to be stuck on any given situation. New areas introduce how the creatures interact with different environments and elements such as water and darkness and a genuine learning curve comes with adapting to these challenges.

On one puzzle, I was stumped for quite a while before it occurred to me that I might be able to find help via Nintendo's Miiverse. This is the first time that a Wii U game's community felt functional to me. Normally I equate the Miiverse to doodles and idle chatter about if a game is "good" or not, but Toki Tori 2's community page had a lot of people who were eager to help out stumped players. I found myself answering a few questions and sharing my experience with the game before I realized I already had the answer to the part I was stuck on.

Beyond the strong and simple gameplay, Toki Tori 2 is visually immersive, teeming with well animated characters and colorful environments. The game also has some really catchy tunes but is full of squeaks and chirps that could attract adverse attention from any cats that may be near your television. 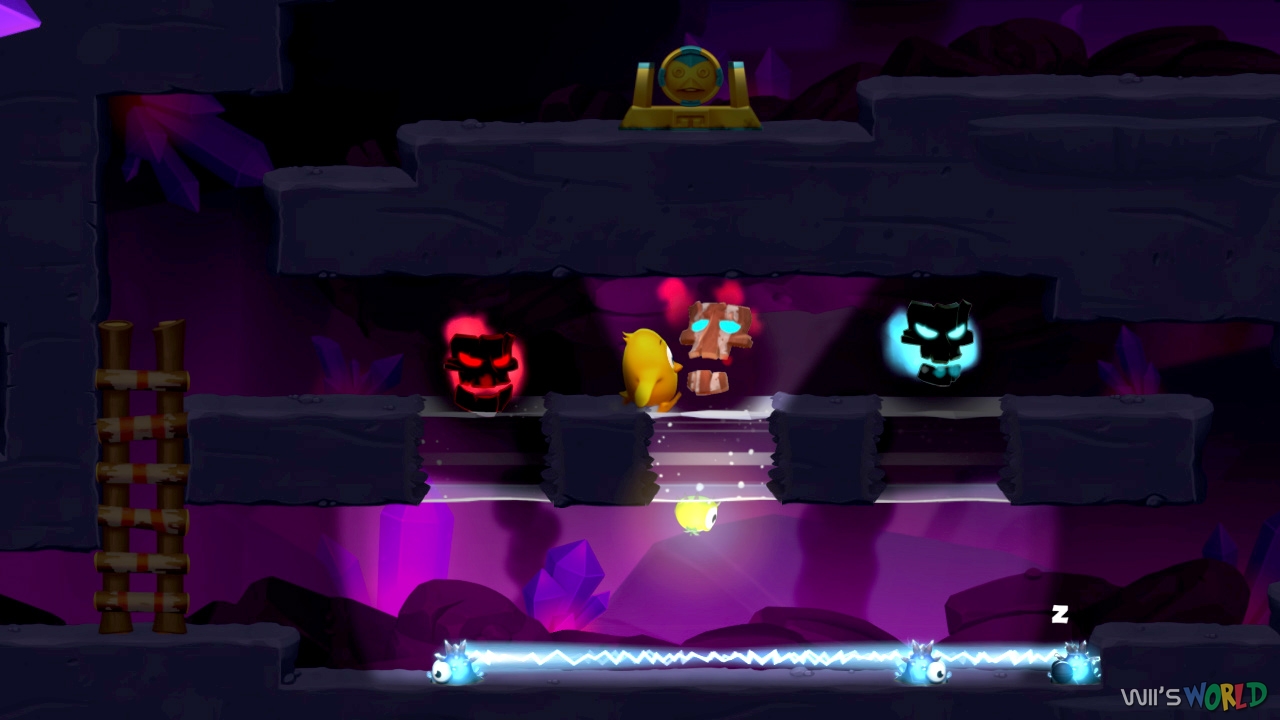 Toki Tori 2 is all about discovery and understanding the environment around you. The reward of that 'Aha' moment where you figure out exactly how to get to the next area. There is also a handful of frustration present and you'll come to dread the awful blue birds who instinctively carry anything in their path away to their nests.

It takes some getting used to, but once you are locked into the logic behind Toki Tori 2, it's a very enjoyable experience. As with most great puzzle games, you'll either wind up feeling very proud of your accomplishments or frustrated with your obvious mistakes.

this game is board