Litte Inferno: Masterpiece or just Fuel for the Flame?

Little Inferno is an indie release for download on the Nintendo eShop. It was a work by the makers of the acclaimed World of Goo. The Wii U's downloadable content has been flooded with full-retail and few indie games. It had seemed that Little Inferno had been overshadowed by games such as Trine 2: Director's Cut or Chasing Aurora. For myself at first, Little Inferno seemed to be looking like a risky buy; especially with the chattering on Miiverse about 'How it is a good game but not for $15.00' & 'What's the purpose?' Finally on a whim and a mix of the discount holiday sale (which I think had most of us surprised) I decided to shell out the $10.00 for the game.

After the game had downloaded and the little application appeared on the screen I eagerly (and also hesitantly) started up the game. To my surprise tossing everything I could into the fire proved to be entertaining and watching some of the objects react in more of a dark but humorous way. The soundtrack was beautiful and emotional and would change when a letter was received. It soon became clear that Little Inferno is not just child's play; it's anything but. 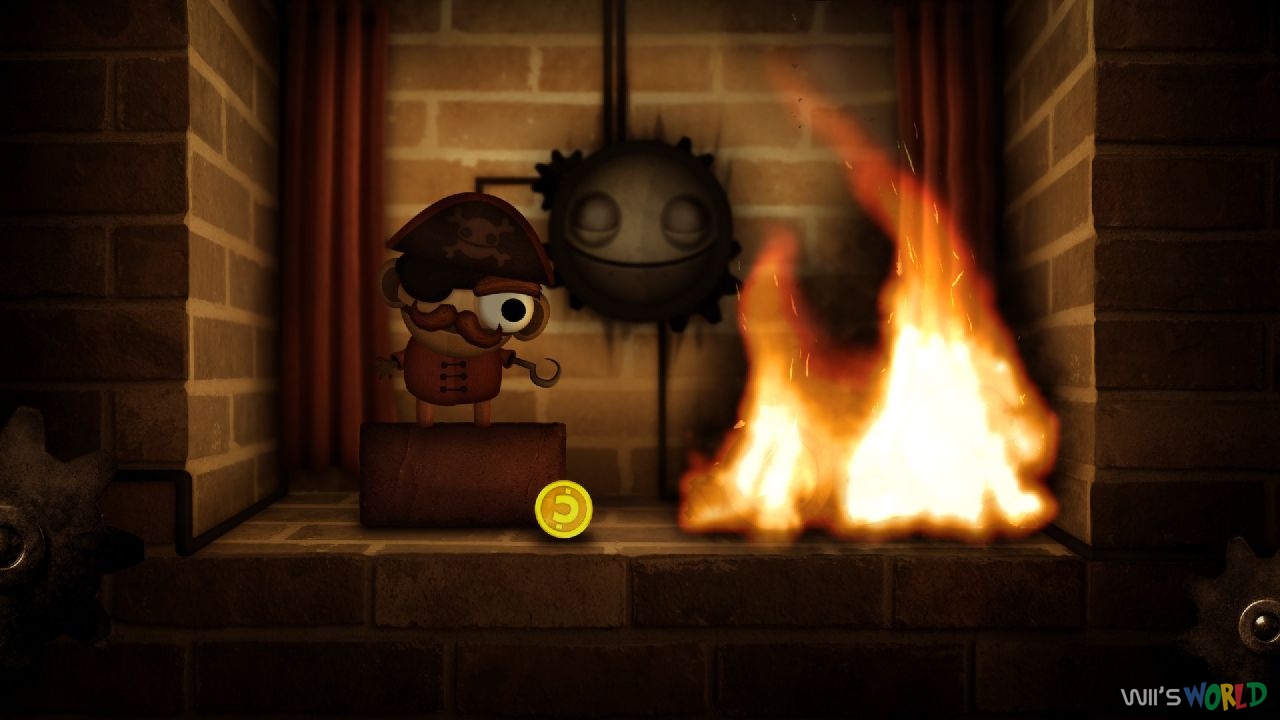 The game was short (about three hours) but can be longer or perhaps shorter depending on how fast you figure out some of the more tricky combinations of items. After all, there are 99 combinations and the little letters and tidbits you acquire to deepen the story. To me, Little Inferno was more a piece of art than a game but regardless it was amusing throwing things into the fireplace.

Explaining Little Inferno just won't do it justice, but I will try my best. You can use the GamePad or Wii Remote & Nunchuk combo to play the game. You can also play exclusively on the GamePad (which is what I tended to do). You are sat in front of a fireplace and you receive a few letters and a brief tutorial. You then receive a catalog and this is where the game truly begins. You buy things and burn them (the sound effects and look of the fire look believable) and collect the coins which somehow amount to more than you started with. You must burn every item within a catalog to gain another catalog and throughout you should be completing combos and receiving letters that you can also toss into the fireplace.

The game is eerie and the music is fitting. The graphics even seem to match. The game may sound dull but it is truly addicting. Although I am embarrassed to admit it I played through the game twice in one night (Pro tip: Keep the 'free hug coupon'). The game plays through beautifully and the story is oddly sad, humorous and even more deep on an analytical level.

For some the lifespan may not be long but I would have been happy paying the full price for the game after I had purchased it. Little Inferno may not necessarily be a game but it was definitely an experience. I would recommend Little Inferno to anyone with a Wii U. This little indie flame deserves to spread like wildfire!