A shooting game with tacos and cats

When I first laid eyes upon Conduit 3 on the new Wii 2, which is coming out in December 2011, I had only 1 thing on my mind. I was very hungry at that time, so I was really hungry. Should I have gotten Chinese, Italian, or Mexican? Well, I went to my local gamestop and got me a big bucket of CONDUIT 2.

So I plug in my TV, bring my Wii to the living room, plug the wires into the back of the TV, Plug the Wii into the power outlet, shock myself, try to search for a band-aid, get hungry and buy some KFC, turn on my wii, stare at a black TV for 30 minutes, realize the TV is not on, Turn the TV on, Put in Conduit 2, click on Conduit 2. 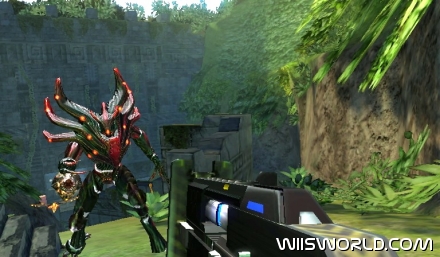 Right at the start, I'm introduced to the Main character Mr.Fnord. Ms.Ford is a pretty cool guy that worked at Taco bell. One day, president Barack Obama comes in a buys 2 buckets of Chicken. This is the part where Conduit 2 offers branching paths. You get to choose to add Hot sauce, or extra grease. I like my Chicken with Hot sauce, so I click that. As soon as you pick your choice, a fully rendered orchestra of the Halo 3 theme is played while making the chicken. After 40 minutes, Barack Obama's chicken is done. He loved the chicken so much, He offered ford a job at the white house. Mr.Ford gets sent to the wrong address though, and winds up at a oil derrick in the middle of the atlantic ocean. He then has to fight a lot of bad guys. I'm guessing they were republican, but I don't know, the game doesn't tell me why he's fighting them. I check the manual and it says they are called "The Trust". What a stupid name. I give HVS two thumbs sideways for the name. Anyways, I get tired and pull out my Action replay. I set codes so Mr.Ford can have unlimited health and can walk through walls. I skip all around the whole oil derrick stage and find a huge monster that kinda looks like the summon from Final fantasy 8. I'll call him the "Leviathan". that's a very generic and stupid name, just like Final fantasy, so I think it fits. After I beat him up, the whole oil derrick starts implodin. Mr.Ford is about to die when the levithan comes back and helps Mr.Frod. The levithan takes him all the way under water to the city of atlantis, where he meets an Atlantian babe. she said that she told the Leviathan to bring Mr.Ford to Atlantis. Shen then told Mr.Ford that she was his sister. WHAT! We get a hot babe and Mr.Ford can't hit on her!? We'll... incest is wincest if you ask me.

Anyways, the portal to the 2nd level opens up. Mr.Ford takes a peak and a leak inside to find out that it takes him to China. In China Mr.Ford meets Jackie Chang and Jet Li. He takes them back to Atlantis. After hours of Conduit jumping, Mr.Ford forms a squad consisting of: George Lopez, Gabe Newell, tommy from Rugrats, and ben10. They then find out that the babe girl, we'll call her steve, tells them that she's actually a spy, FYI. Gabe Newell then falls in love with her, right before falling on her. She then fuses into Gabe Newell's stomach, so he becomes Super Gabe newell. Mr.Ford opens the stargate to the last level, the PAIN FOREST. Everyone is nervous because of this name, but they have to go fast to get to the place they wanted to go to. They all jumped in, except Gabe, who rolled in.

They're finally at the last level. Mr.Ford tells them all, "Courage is the magic that turns dreams into reality". The trek through the Pain forest was very painful. After trekking through the posionous mushroom, they find a KFC out in the shrubbery. Mr. Ford tells them to wait there while he interrogates the employee. 5 hours later, Mr.Ford comes back with a bigger belly than before. "Sorry guys, he had no anwsers" said Mr.Ford, and they then continued on. At last they found a sign that said "Secret base --->" they head right and find 1000 of Trust members with Tacoshotters. Gabe Newell said "EVERYONE GET BEHIND ME!" They all get behind Gabe Newell while the Trust kept firing there Tacoshotters. "I CANT KEEP THIS UP FOR LONGER!'' percieved Gabe Newell. "Don't worry, I have a plan" said Mr.Ford. Mr.Ford runs and runs and runs. he ran really fast to get to where he needed to go. At last all his running finished when he found a giant gate. he enters the giant gate and sees the the Trust leader, president John adams. Mr.Frod and John adams get into a fist fight over the fate of the universe. "You can do it Mr.Ford!'' "We believe in you!" 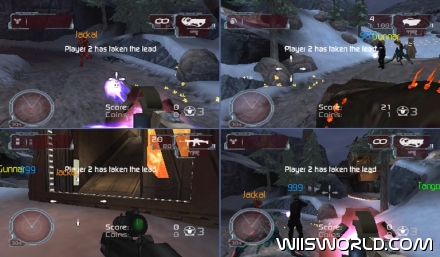 It was like the whole world was cheering for mr.ford. He cried at the fact that so much people believed in him. He then knew what had to be done. He stood back, and charged up his Carbonizer "This is for Me, My brother, and for ALL the people you killed! John adams! YOU ARE DIED!" Mr.Ford releases the carbonizer beam, and shoots Adams head right off. "finally, the dead is done, I can finally rest in piece" Mr.Ford then puts the gun up to his head and shoots himself.

The game ends about there, but I heard if you collect all the secret KFC buckets, you get a secret ending Where Mr.Ford goes back to work at KFC.

So, all in all, the game was pretty good. It had me guessing what would happen. One of the dissapointments I had was that the online mode was offline only. I did not like that. Anyways, this game is great. Go get it.