Teaches all the basics of using the Wiimote.

I initially purchased this game because it came with a second Wiimote (which I needed), but have come to realise that it was a fantastic decision.

You start by choosing your Mii (I had already set mine up in the Mii Channel). You then begin playing the different stages, they do not let you play all of them from the very beginning, you have to play each of them, to unlock the next. 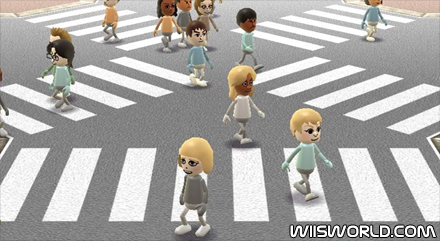 The first stage is the shooting rage, where you learn the skill of aiming the wiimote at stationary and moving targets and shooting them. Initially a very hard stage, but once you get used it, you can become very accurate quite quick.

Next stage is Find Mii where you have to find selected Miis from a crowd. They begin with simply finding two look-a-likes amongst four Miis. It then starts getting very difficult with the crowd getting bigger, and eventually walking around. In harder levels, the Miis will begin swimming in the water (difficult with their heads bobbing around) or even hiding in the dark.

Stage 3 is Table tennis and is quite difficult at first but after practice, you can perfect the play. You simply have to return the ball to the opponent and try to get a good rally going. 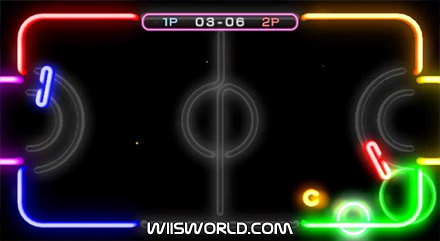 Stage 4 is Pose Mii, and tests the skill of rotating the Wiimote. As a cursor, you have a Mii, and you have to rotate him to the correct position shown in some bubbles. To add a bit of challenge, you sometimes change positions with the A and be buttons. This is probably one of the more difficult tasks.

Stage 5 is Laser Hockey, and is just like Air Hockey: get the puck in the goal. The twist is that the paddle you hold can be rotated to get different angles on hitting the puck. This is a fast game and another tough one.

Stage 6 is Billiards where you basically get all the balls in within the least amount of shots. You can alter where you aim and where you hit the cue ball and the power you use: all very important. 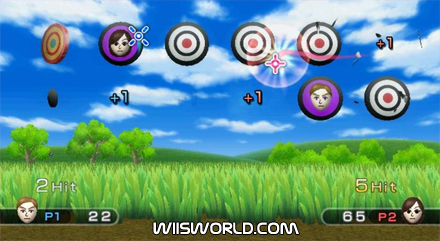 Stage 7 is Fishing and takes a bit of getting used to. This encompasses the 3 dimensions of the Wiimote. You move the Wiimote forward and backwards and side to side to get it where you want it in the pond, then lower it down to catch some fish. Once you feel a nibble, give a big yank to bring it up. Each fish has different point values and there are bonuses if you catch a selected fish.

Stage 8 is Charge! and lets the user hold the Wiimote horizontally. The aim is to steer the cow you are driving to the end of the course and hit as many scarecrows as possible. You tilt the Wiimote left or right to steer, tilt forward or back to go faster or slower. You can even lift the Wiimote quickly to jump over obstacles. This is a good level for practicing for car racing.

Final Stage is Tanks! And you have to steer your way across various maps to destroy other tanks. This stage lets the user attach the nunchuk to steer the tank. You then use your left hand to steer the tank, and your right hand to shoot and drop bombs. 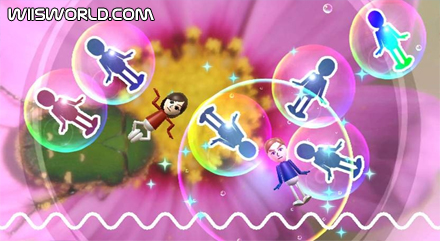 There is also a two player option with each of the games and lets the players battle it out for the most points in each event.

Wii Play really is a must have for all who wish to purchase the Wii. It lets you discover each of the different skills and lets you practice them for many of games using the Wiimote. Though it may only have a small lifespan, it really is worth it, with the skills it offers and the free Wiimote it comes with.

I really recommend Wii Play to everyone, and hope you have as much fun as I did.