Published by Konami, Developed by Kojima

When Metal Gear Solid: Snake Eater 3D was released for the Nintendo 3DS it was at a time where the system was churning out a seemingly endless amount of ports, all coming out one after another and Snake Eater 3D seemingly slipped under the radar for most. Is this stealth action game a worthy addition to the remastered ranks of the 3DS or has Konami been caught red handed trying to cash in on Naked Snake?

For those who haven't yet been briefed, Snake Eater 3D tells the story of rookie CIA agent codenamed "Naked Snake." In the midst of the cold war between Russia and the United States of America Snake is sent behind enemy lines to rescue a defecting soviet scientist who is the top mind behind the Soviet Union's new prototype nuclear armed tank known as the Shagohod, a predecessor to the series' namesake Metal Gear. 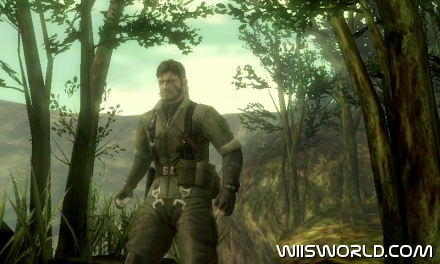 During his mission, Snake must not only confront his mentor "The Boss" along with her team of elite soldiers the Cobra unit, but gather his own weapons and supplies in the field. The Naked title challenges players to fend for themselves by foraging for food, treating wounds, and restocking ammo - all on the go.

These added elements take the standard affair of Metal Gear's usual stealth tactics and introduce another level of role-playing. If you ignore Snake's dietary needs his stomach will growl, which is something a passing guard would notice for example. Bullet wounds and broken bones will cause extra damage over time if not treated properly through the game's first aid feature. Another major feature of Snake Eater is the Camo index, a constant percentage rating of how well your camouflage is blending you into the many different terrains that Snake needs to sneak across.

But if you've already played Snake Eater on PlayStation 2 there are still some improvements that can be found in the 3DS edition. First off Snake Eater 3D boasts improved game models that shine against the now 3D environments. All of the game's menus and item/weapon slots can be accessed from the touch screen and it is incredibly easy to switch aiming modes whether you prefer first person, third person or auto aim configurations. Metal Gear Solid: Snake Eater 3D also offers the ability to move and aim while in a crouched position. This makes it easier to line up shots while still maintaining your cover. 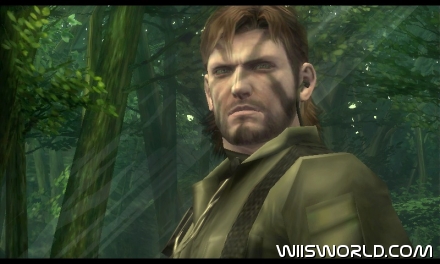 The game's lengthy cut-scenes and run-gun-and-hide gameplay don't seem very compatible with a handheld system but it all depends on how/where you plan on playing. I wouldn't recommend playing Snake Eater 3D on the bus but I would say it makes for a great game to curl up in bed with. Another hitch I found in the portability of the game is that I really truly needed the circle pad pro in order to play through the story.

The biggest issue I had with Snake Eater 3D were the default camera settings which place the game's camera controls to the face buttons, a scheme that I found utterly unusable. Your mileage may vary based on how comfortable you can get with the standard control layout but for me it was simply impossible to navigate and defend myself in the thick Russian jungles without a second circle pad.

Metal Gear Snake Eater 3D's highest marks go to the superb voice acting and intense character-driven storyline. Metal Gear games are notorious for their heavy use of long cut-scenes and never ending covert conversations and Snake Eater boasts a huge blockbuster plot brimming with drama, action, philosophical retrospectives and classic pulp spy tropes. The cast of characters range from Snake's support team, the Cobra Unit and the commanding Soviet officers of Groznyj Grad and each has their own distinct role and personality that is perfectly expressed through the game's various cut-scenes and codec calls. Outstanding as always is David Hayter as Naked Snake who provides an unforgettable performance that puts players right alongside their favorite Soviet spy, lurking silently in the underbrush unnoticed. One thing is for sure, The sooner Metal Gear Solid: Snake Eater 3D catches your attention the better.