Monster Hunter 3 Ultimate is my first experience with Capcom's Monster Hunter series and at first I wasn't sure what to expect. When Ultimate 3 came out on the 3DS and Wii U this spring, I was among a wave of gamers who got an odd impression from a vague demo but still found themselves intrigued enough to learn more about the game. Fans of the series are quick to praise the game and submit that it will undoubtedly suck hours of your life away from you, but is this really the case?

Monster Hunter 3 Ultimate quickly begins with a standard character creation and an introduction to your run of the mill RPG hub village. That's where the traditional roleplaying values become something more fierce. In Monster Hunter you gain no exp or stat bonuses for straight up killing enemies. All the power in the game is derived from armor and weapons that you must create using raw materials that you've won from defeating the many different monsters that you will encounter. 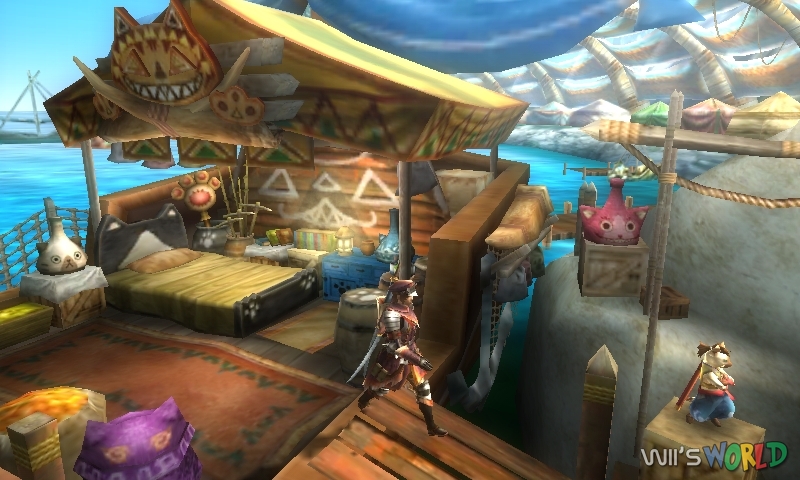 This approach really gives you a sense of accomplishment for slaying those giant beasts but the reward is only half of the story. Monster Hunter requires a certain level of preparation before every mission.

The game is generally set up as a series of quests that you select and take on one at a time. Quests all have specific conditions and time limits that must be met in order to win, and while on a quest you are also given access to additional items to help you reach those goals.

Although quests provide some resources, your best bet is to farm for your own items and combine them into stronger potions and such. Besides questing, most of the time in Monster Hunter is spent forging, growing, and combining materials. 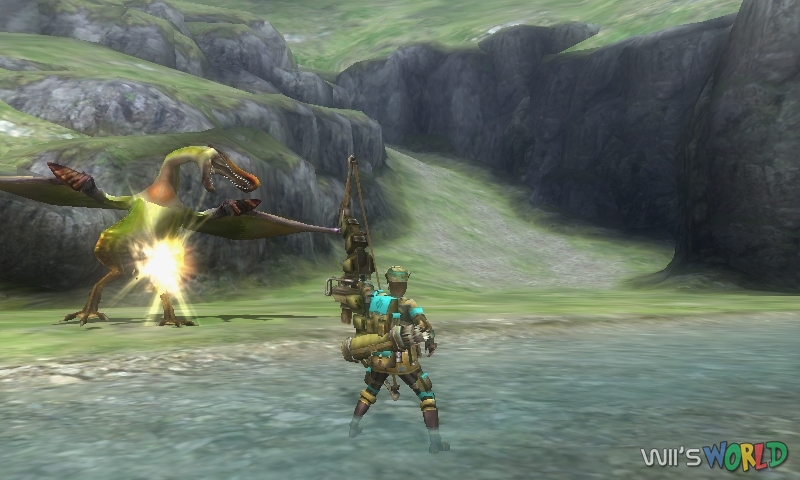 Quests usually lead to new monsters that drop new or rarer items once you slay them, but some quests require players to capture monsters with the use of strategically placed traps and plenty of tranquilizers. The bosses have no "health bars" per say and it is up to each players own judgement to size up just how close each monster is to capture or defeat based on it's body language, (an interesting mechanic that demands a deeper level of attention beyond your standard hack and slash affair.)

Monster Hunter 3 Ultimate is all about customization. Besides building armor sets and decorating your house with skins and bones, players can map any sub menu or status bar to the bottom screen on the fly. This can leave the top screen free of any sort of obstruction if desired.

A bit of a hot topic has been the game's camera controls and use of the Nintendo 3DS's Circle Pad Pro. There are plenty of options when it comes to how you play Monster Hunter and control the camera: With the D-pad, or using a virtual D-pad on the touch screen or with the Circle Pad Pro which many have claimed provides the most enjoyable experience during otherwise tricky underwater fights. Sadly the device isn't compatible with the game's eShop demo so the decision to play with 2 circle pads or 1 may have to come after you've bought the full game. No matter what camera set up you prefer the L button will always flip the camera behind your character or point towards a large monster you've chosen to target. 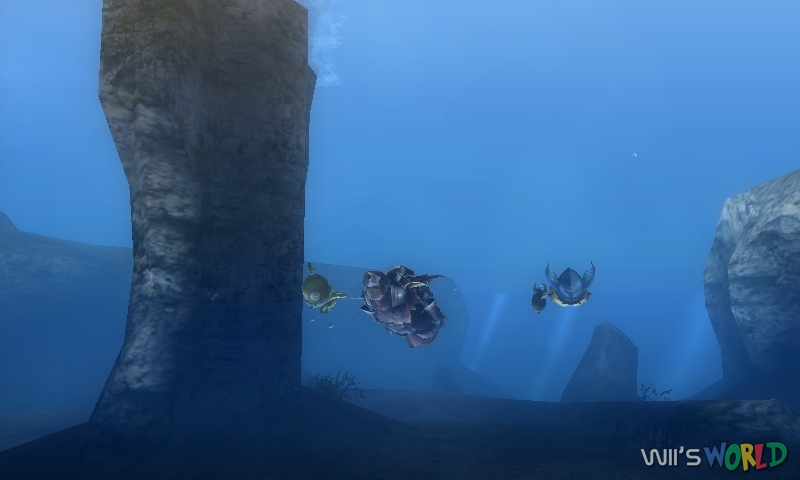 As for weapons, this game has a full arsenal of melee and projectile options right from the starting gate. Each has its own perks and flaws and it is really up to the player to decide how you'll go about putting these monsters down.

Monster Hunter 3 Ultimate for the 3DS only offers local multiplayer, but on the other hand it boasts connectivity with the Wii U edition which is in every sense the same exact game, (except that the Wii U does in fact support online play.)

The game's presentation is superb. Each of the game's several hunting grounds is distinct and full of life. Every monster both big and small is well animated and follows an AI that mimics the instincts of an actual predator. There is just something very immersive about packing up your gear and venturing out into the field to hunt down these powerful creatures.

If you are on the fence or seriously considering adding Monster Hunter 3 Ultimate to your Nintendo 3DS collection it might be wise to give the full game a shot. Chances are that you'll be able to really make yourself comfortable with the games menus and controls and before you know it you'll be hunting with the best of them.