Published by Aksys, Developed by Chunsoft

Technically not a game. Twist: That's a good thing.

To call Zero Escape: Virtue's Last Reward a game is something of a misnomer. Its official branding has elected for the more pompous sounding interactive novel. This description evokes something of an inaccurate fear that the latest in the Zero Escape franchise will be cripplingly mundane. The truth of the matter is far from it. Virtue's Last Reward (from here on in referred to as VLR because I will never make my deadline at this rate) is a hauntingly visceral experience that throws you backward into a world that not only pulls the rug out from under you with alarming regularity, it kicks you in the face once your back is against the ground.

The premise is simple, and a touch familiar if you have ever lent your eyes to the Saw franchise - "You woke up in a room. Try and escape". 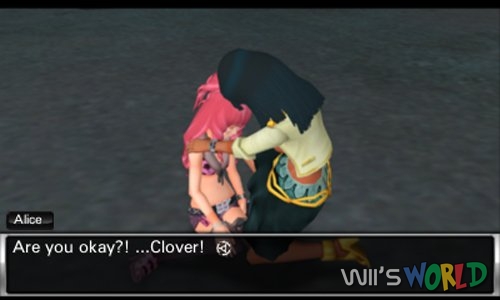 Toying with your mind is a staple of the puzzle genre so ancient it's rusted and falling from the pages. But VLR pushes it to the next sociopathic level: it toys with your heart. Between each "escape this evil room" section comes a twisted version of The X Factor in which you have to vote which member of your party doesn't deserve to live. These are characters that thanks to colorful animation and expert dialogue have personality rupturing from their every pore. You're not just sending a cluster of pixels to the gallows, you're sending characters you learn to care about. It's like the Red Wedding, but the dagger is in YOUR palm.

Then the twist comes. A twist so genius were it the opening premise of the game, players would be jumping over each other to get their hands on this masterwork of the point & click / puzzle genre. But that's the game's brilliance: Taking its greatest feature and making it a mere step on the path. There are no words to describe how gutturally you will react to the aforementioned twist when it comes, but it's worth a shot. It will make your heart hit your chest harder than Rocky Balboa hit whoever was his opponent in that film (Gimme a break- I'm tired). It will make you sweat so profusely you're at risk of drowning in your own salty waters. It will make you scream and kick and beg and panic. That one moment in this game alone is enough to prove that the silly medium of games is capable of transcending the realm of 'something for your fingers to do whilst you watch the television' and enter the world of fine art.