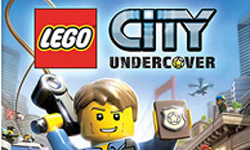 If LEGO City Underground is on your radar, you might want to check out Walmart's preorder bonus gift, a LEGO figure of the game's star - Chase McCain (pictured below).

LEGO City Underground is exclusive to Nintendo platforms and is expected for release in Q4 2012.