In some big news, during a conference call publishers EA confirmed that a version of Dead Space is coming to Nintendo Wii.

Originally released in October last year, Dead Space is a survival horror game set in outer space. You play as Isaac Clarke, an engineer who has to battle his way through a mining ship infested with "Corruption", which is an alien virus capable of reanimating the dead.

"A good example of this is Dead Space. We're bringing a Wii title to market this year and it absolutely has the quality and fear factor that you got on the Xbox 360, PS3 and PC last year". 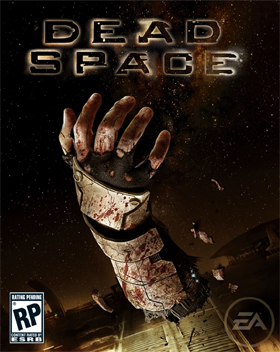 No release date for the Wii version is available yet.

If it plays as good as RE4: Wii Edition when it hits Wii, then I might check it out. For now, just hoping it won't be a crappy port.

Maybe developers are going to start taking Wii a little more seriously now. He says it will be of the same quality, does that mean same graphics?

All high budget core titles should be on Wii, the penny has finally dropped, 3rd parties tried to kill Wii deliberately (wasn't ready for Wii was an excuse) out of sheer jealousy of Nintendo's domination. Now they know who's boss they have no choice to join in or simply die. EA do not give us graphics excuses, we want Wii graphics and polished controls.

Why didn't they make it for Wii in the first place?

Because mature Wii games were off limits as publishers were far too afraid, but EA has been releasing its WW2 shooters on the platform and have done well really. It won't have the same graphics as the ps360 version but considering EA has a fair amount of Wii development time under its belt they should hopefully give us something that's nice to look at. Fingers crossed for a new story exclusive to Wii so we can all be happy.

I'm pretty sure developers don't make a Wii version because it will be just like making a whole new game, whereas ps3 and 360 are similar in graphics etc.

I don't for one second buy the Wii is not for core excuses. 3rd parties tried to build a fake Wii image of crap and kiddy to help sony out of insider fanboying and sony sucking up. Nintendo have put the whole industry in its place.