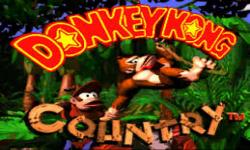 Are you excited to see these classic titles make their return to the Virtual Console? Do you plan on picking up any of the six games? Let us know in the comments below.