Now that No More Heroes has left the paddock, Grasshopper Studios are moving onto their next project: Fatal Frame IV. Japanese journalists were invited to a press conference held by Tecmo, the game's publishers. Some images of the game were shown off, and I expect a good time was had by all. 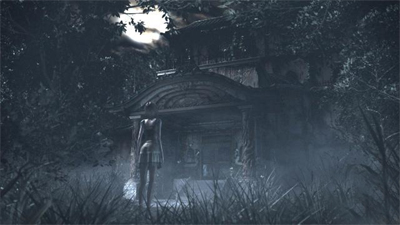 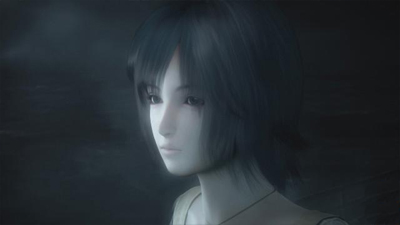 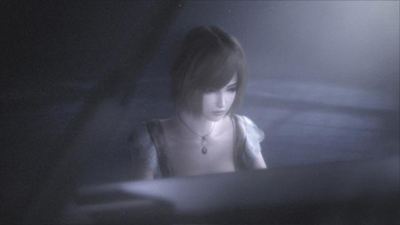 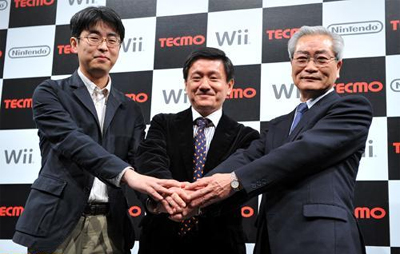 One for all and all for one! Go team!

Nintendo are said to be supervising the project, so we can probably expect Mario to pop up at some point. This latest installment in the Fatal Frame series should be ready by Summer this year. That's 2008, in case you're reading this in the future (wooOOOooOOOooo!).

If that's the graphics for it, oh my god! Awesome.

Wow it looks like a game I should look into.

Finally, some pictures of Fatal Frame.

Reading it? Hah, I'm playing the game right now. But shh, you're not supposed to say things like that when you time-travel, so keep this a secret.

What was she doing at my house? He. Not that I KNOW. Ye.

I hope someday they will made a movie with this series.

So this is one of my new Grasshopper Games, huh? They're some of the most skilled developers out there, and the Wii needs some more mature themed games. Awesome.

There going to be a hidden mario painting in the background of the game in some level.

Hopefully Nintendo won't drop the bomb and let it be as scary as temco/grasshopper want it to be.

Fatal Frame is awesome, once it only scared me to death.

Haven't played the first three. I should look into it.

Can't wait to play this. It seems so different from the other games in it's genre.

Another consideration for me.