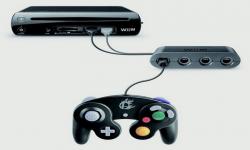 You got my hopes up and then dashed them expertly, sir.

Yesterday we reported on our quickfire news section that Nintendo had confirmed that the GameCube adapter would allow Wii U owners to use their GameCube controllers on Wii U software. It would appear that Nintendo has backpedaled on that statement and this is not actually the case. In a statement released earlier today, Nintendo clarified that the peripheral would only work with Super Smash Bros. for Wii U and not any other Pro Controller or Classic Controller compatible game.

I found this retraction to be unfortunate. It would have been wonderful to be able to play Wii, Wii U, and Virtual Console games using the GameCube Controller. It would be wonderful if this is a feature that Nintendo would be able to patch in eventually, but for now it is a disappointment.