If you're often playing against someone who is much less (or more) skilled than you, the handicap feature in Super Smash Bros Brawl could come in handy.

This time around though, it works a little differently. After turning on the handicap option, you can set a certain percentage to your fighter, which means at the start of the brawl your damage meter will be increased to that amount. 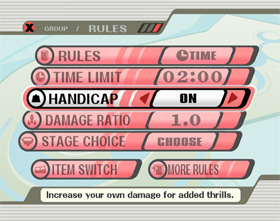 I need a little help. 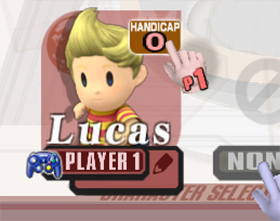 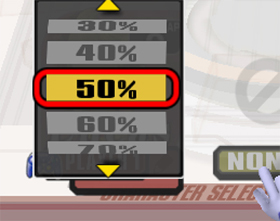 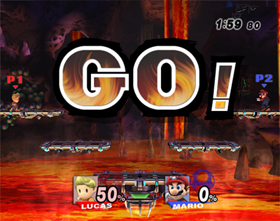 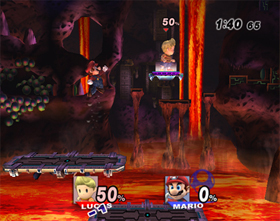 There's also "auto handicap", which steadily increases the damage meter for whoever wins. 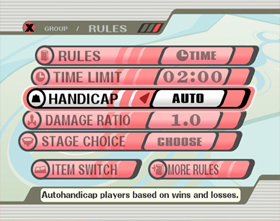 This is a neat update, I've always wanted to use a percentage for my character. I think it's a nice start to those who never played before.

This is definitely going to be used for beginners to learn the basics, and for pros to show off their skill.

The coolest thing is the auto handicap. The winner slowly gets handicapped over a series of battles! Perfect.

I think it was better a power-boosting stamina.

Not the greatest update ever but not too bad. Pretty cool.

I agree with #1 Peach Fan that this is a cool update, but when will there be a new character? I want new fighters. Come on, Sakurai, make with the brawlers. Also, I think Ness should return to SSBB.

Never used this. Probably never will. Merciless Brawling is the way I roll.

I SO saw that goomba picture coming. I just knew it.

I never used handicaps in melee and I don't think it would be worth my time to start with Brawl.

Honestly I don't think there's been any really good updates since the freaking stage builder. That was two weeks ago. What the hell.

I think he is doing all of these minor updates because he is going to do a really big one soon. For the last two weeks there have been no good updates.

Maybe, I'm just guessing, they might have a make your own character mode. Wait, probably not.

I love all the updates you guys come out with. Each update can benefit different people.

Well, the updates of this week were the about the worst we've had all year I'd say. Next week on Wii's anniversary, we will hopefully get something better like a new character (Luigi needs to get confirmed).