How to take screenshots on Wii U 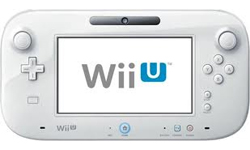 Sometimes you're in the middle of a game and something cool or hilarious happens, you'd like to keep that moment for posterity. With Wii U you can, kind of, by taking a screenshot.

There are some drawbacks to this system which we'll talk about, but here are the simple steps to take a screenshot:

After this procedure, your screenshot will be posted onto the Miiverse community. At the moment, there is no way to save your screens onto SD card or system memory. This could be implemented in a future system update, though.

thx for the info, wish we could download the shots tho.