It's all about Link's special moves today in the Super Smash Bros Brawl update.

The Link in Brawl is modeled after the Twilight Princess game, so he's a little different than before. He's got an array of weapons to use, like his bow, sword, bombs and boomerang.

He's also got his clawshot, which can be used to do tether recoveries once over the edge of a platform. The clawshot automatically finds the nearest ledge so aiming it won't be hard. It does have a limited reach though. 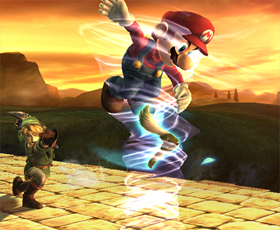 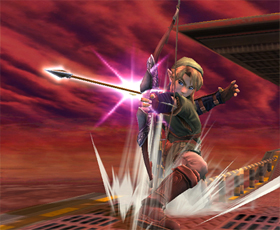 I can almost hear Snake laughing. 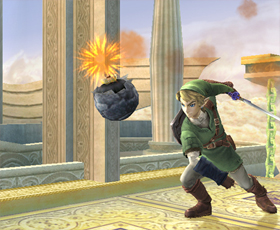 Could've at least taken the plastic wrapping off. 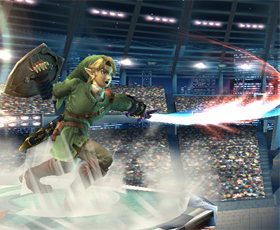 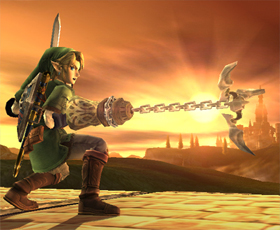 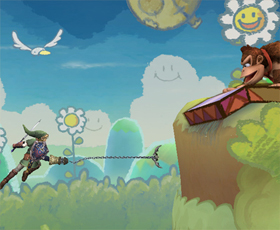 Didn't I just say that Link uses his clawshot for tether recoveries?

Too bad you can't use the double clawshot and grab two enemies at once, or grab the ledge and an enemy at the same time. Also, those walker bombs would've been an awesome addition. His chargeable B-up seems really useful too.

I like this a lot, especially the Gale Boomerang.

I wished we could use the chain and ball but anyway I like the recovery of links boomerang.

Wolf-Link would probably be a separate character. If Young Link and Link were separate, Wolf-Link should be separate too.

Ho-hum. Same moves from before.

Yeah what the heck is with that plastic wrapping over the bomb? Love the captions.

So I guess that's it. Wolf Link isn't in Brawl. Midna's fused shadow move would have been so perfect as a final smash.

LOL. GRABBY GRABBY. It fits perfectly. I dunno why I love it so much.

I loved the old swordspin, but I think it just got even better.

It would be pretty cool if he could turn into a wolf but I still am glad he doesn't.

Too bad there's no wolf.

That's mad hot! They have the Clawshot. I really can't wait for this game. They should have had the Ball and Chain. They should also have the wolf morph.

Grrrr, I still like the one for gamecube better, actions were more simple and you got to be a wolf.

I hope Midna and Wolf Link are a playable character.

The attack set didn't change but the graphics have been fixed a lot, it's a good thing since brawl will be bigger than SSBM since now it has something for everyone. A better RPG mode, versus battle, items, and a first for mario games, better graphics.

The bomb looks more cool with the plastic.

Midna should be an assist character.