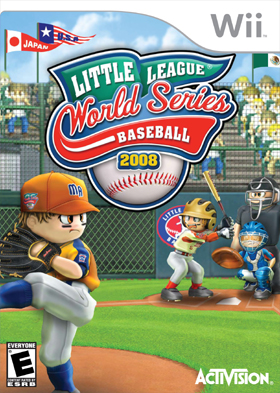 "Little League baseball fans, players and families simply haven't had a video game made just for them, so our goal is to fill this niche. Creating this game with the Little League organization has been a pleasure and we look forward to paying homage to the three million Little League players around the world today".

Some screenshots are already available. Little League 08 hits store shelves on August 5th, 2008. Be sure to mark it in your diary.

The art style on the box looks horrible.

I can't wait, I want to fast forward my life to August 5th.

This game makes me want to jump up and down because I have been waiting for this.