Using his psychic energy, a barrage of PSI power rains down from the air. It looks something like a meteor shower.

This move is more effective on smaller stages where the chance of hitting opponents is higher. 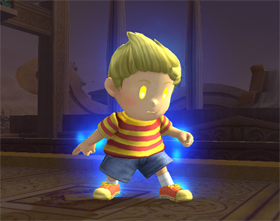 You're entering a world of pain. 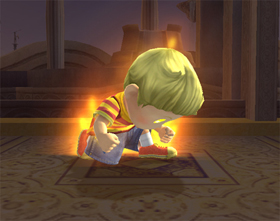 Hold on, nearly there.. 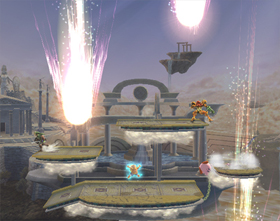 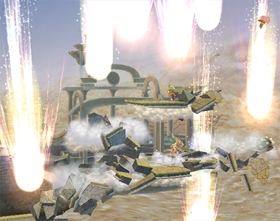 The insurance won't pay for this.

Pretty good. I still wish they had ness though.

This actually looks pretty cool, but I don't really care about the Mother/Earthbound/whatever series.

That would be wicked in the Sky Land.

This is really good and looks like it's hard to avoid (kinda reminds me of the bombs during sudden death). I like the fact that some finals are more useful than others depending on the stage.

I'll try to escape that FS with fox.

I could easily dodge those.

I think this is one of the best, it looks cool and this is coming from a person who doesn't really like Lucas.

Really like this. Makes me want to use Lucas even more.

How exactly does Lucas produce those things?

It looks as if this final move is actually a final move, the perfect topper to one hell of a battle. Lucas looks to be a good Ness replacement.

Hey, I think everyone in Earthbound has psychic abilities which allows them to perform PK moves.

Yes they did kareshi. Look in Lucas's moves update.

I might actually use one of the worst characters now because this is a sweet final smash.

They never really say "Ness is out", they hint he might not be in, but that sentence can go either way. Besides they're only similar in clothing and 2 button movements, why would they take him out for that. I'm defending him and yet I can't stand him.

Wow, it looks like there is no way you can escape that.

How he stretches his arms and legs out is like of of Melee when Pikachu uses the Lightning attack.

Heh, everyone saying Ness is definitely out. If he was, why would Nintendo bother to Luigify Lucas?

Y'know, the meteors look pretty slow. But I wonder, are they? Imagine them flying at approximately the same speed as the soldiers in Pit's final smash.