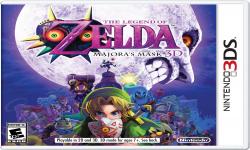 So, what do you think of these latest Zelda series collector's editions? These are sure to sell out fast, so have you gotten your pre-orders in yet or are you going to just get the standard edition of the game and/or guide? Let us know in the comments below.