Miis in Super Smash Bros can dress up like Nintendo characters

Masahiro Sakurai has revealed via a tweet that you will be able to dress up your Miis as Nintendo characters in the upcoming Super Smash Bros. game for Wii U and possibly 3DS.

The screenshot shows off the Metroid and Meta Knight suits. This may be good news for Meta Knight fans as he is still yet to be confirmed as a playable character. Surely this is a good sign he will be showing up for a fight when Smash Bros releases on October 3rd for 3DS and this holiday season for Wii U. 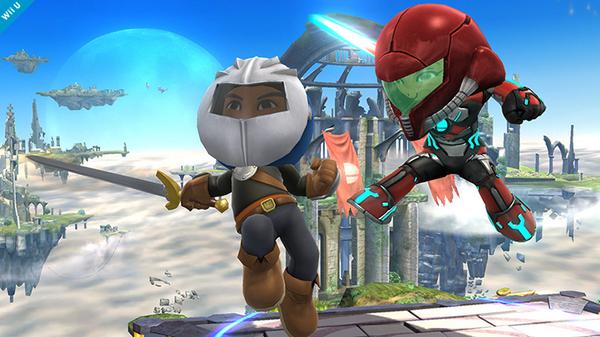